Another star on the horizon? 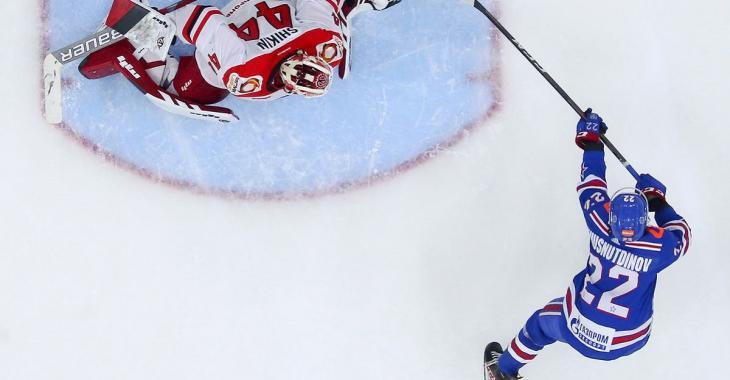 The Minnesota Wild fan base has witnessed first hand how a talented Russian forward can impact a franchise, even one in the National Hockey League, and they may get a chance to see one again someday soon if young Marat Khusnutdinov keeps doing things like this.

The Wild's second round draft pick (37th overall) at the 2020 National Hockey League Entry Draft picked up his second goal of the season over the weekend, and this one was nothing short of spectacular. Khusnutdinov is currently playing for St. Petersburg SKA of the Kontinental Hockey League and it was during a KHL game that he made his opponents, many of whom are older and more experienced, look absolutely foolish.

In the clip below you will see Khusnutdinov pick the pocket of his opponent to create a partial breakaway against the goaltender, only to be hooked in quite a blatant manner by the very same player he just robbed. Despite the bigger man getting a pretty solid hook in under the arm of Khusnutdinov however, it isn't enough to stop the youngster from finding the back of the net.

The Wild draft pick proceeds to fire off his shot while falling off balance from the hook, forcing the onlooking ref to put his arm down in spite of his intention of calling a penalty on the play.

Check it out for yourself.