Videos : Rumor: Canadian teams at odds with Gary Bettman on the future of the 'North Division.'

This is very interesting. 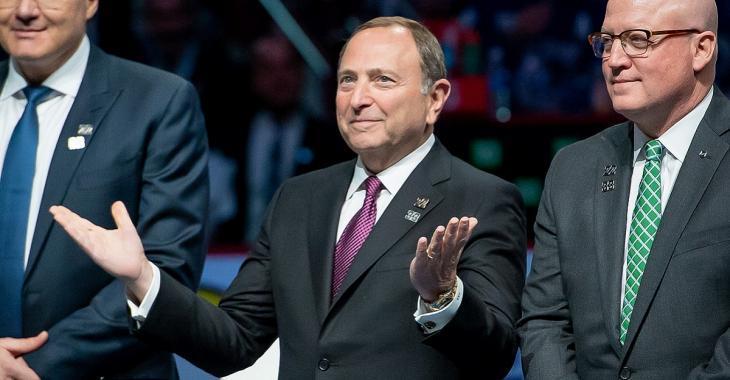 National Hockey League insider Chris Johnston has just dropped a very interesting nugget of information, one that could have a major impact on how fans in Canada get to enjoy their NHL games moving forward.

On Saturday night during the second intermission of the game between the Toronto Maple Leafs and the Winnipeg Jets, Johnston touched on the comments made by Gary Bettman this week when it comes to the Canadian division. Bettman made it clear that he would like things to return to normal as quickly as humanly possible, but according to Johnston it would appear that not everyone is in full agreement.

"Gary Bettman was unequivocal this week that he would like to see the divisional alignments return to what they were pre pandemic as soon as possible, but he wasn't clear on when exactly that can be," began Johnston. "What I can tell you is that there at least a couple of the Canadian teams that are still holding out hope here that the North Division will live beyond this season, that they will get at least one more year of that."

I'll be honest I would love to see it. I think the inter-divisional battles this season have really been something special and I think the only thing really holding the product back has been the absence of fans in the building. Many have complained that the energy on the ice hasn't been the same and I feel that is indeed the case, but by extending the division another season we could potentially get a chance to see fans return to those buildings.

"What a few influential voices for these Canadian teams told me is that they really want to see this with fans. They feel like if it gets to next season at some point fans will get reintroduced to this and they'll get to truly sense the impact it can have on their business and the excitement it can create in the country."

What I do know is that I don't want to imagine it at all, I want the chance to be there and be in these buildings if it does indeed come to fruition.

Two unexpected contenders enter Dubois trade sweepstakes!
Subscibe to
Our NEWSLETTER
Receive the best articles of the web directly in your email