Sheahan records the first goal in Kraken history.. sorty of. 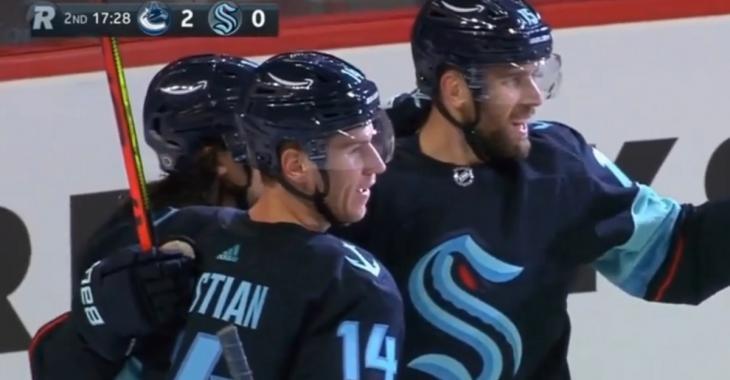 It won't show up in the record books but unofficialy the first goal in Seattle Kraken history belongs to veteran forward Riley Sheahan.

On Sunday night the Seattle Kraken opened up their preseason with a game against the Vancouver Canucks, a matchup that the National Hockey League is no doubt hoping will help plant the seeds of a rivalry between these two West Coast franchises, and as you would expect that meant the first goal and the first points in the franchise's preseason history.

Sheahan's goal came in the early minutes of the game's second period, and you can check out the replay right here: