Videos : Oilers issue qualifying offers to only 4 of 7 players.

Four Oilers get an offer, three do not. 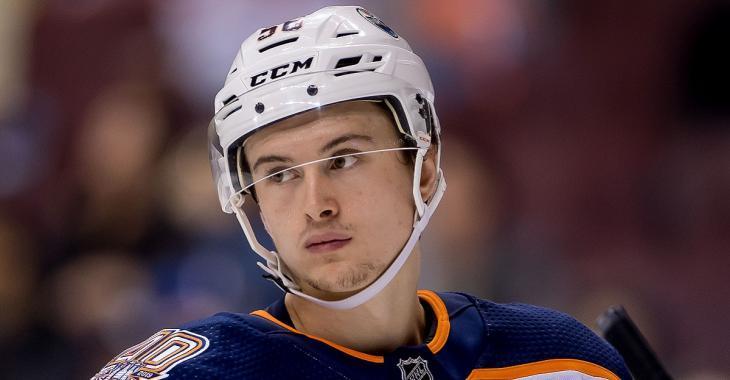 The Edmonton Oilers have issued their qualifying offers and that means some of their current roster players will be headed to unrestricted free agency in a few short days.

According to an official announcement from the Oilers organization, the team has issued qualifying offers to four of their pending restricted free agents. Those players are forwards Kailer Yamamoto, Tyler Benson, and Cooper Marody as well as goaltender Stuart Skinner. Perhaps even more interesting however will be some of the names that did not receive a qualifying offer from the Oilers.

Both forwards Dominik Kahun and Jujhar Khaira were significant role players for the Oilers in this most recent season and both men were restricted free agents at the end of this campaign, but in spite of that general manager Ken Holland and the Oilers have opted not to extend an offer to either player. This move effectively makes both men unrestricted free agents and they will be available to be signed by any team in the league on Wednesday when free agency officially opens up in the National Hockey League.

Khaira appeared in 40 games for the Oilers last season recording 3 goals and 8 assists for 11 points and finished the season with a plus minus rating of -1 and 42 penalty minutes to his name.

Kahun on the other hand appeared in 48 games for the Oilers and had 9 goals and 6 assists for 15 points over that stretch of play. He finished the season with only 2 penalty minutes and a plus minus rating of -3.

The Oilers also opted not to issue a qualifying offer to 26 year old Swedish defenseman Theodor Lennstrom but given that he only played a few handfuls of games at the  American Hockey League level for the Bakersfield Condors, spending most of his career instead in the Swedish Hockey League, that comes as relatively little surprise.

It will be interesting to see if Kahun and Khaira are able to find a landing spot elsewhere in the National Hockey League and if I was a betting man I would suspect that there is a team out there that will be willing to give Jujhar Khaira another shot in the league.