Videos : Nic Dowd shaken up after a slew foot from Sidney Crosby.

An ugly play from the Penguins captain. 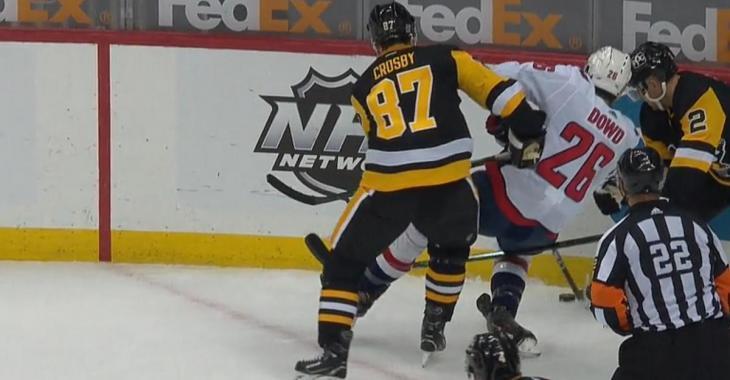 Thankfully Washington Capitals forward Nic Dowd was not injured as a result of this play.

On Sunday the Capitals and Pittsburgh Penguins renewed their heated rivalry and although fans were treated to an excellent game between the two perennial contenders, things would eventually turn ugly. Dowd suffered a nasty looking injury during the game's second period and the slow motion replays would appear to suggest that the injury has occurred as the result of a slew foot from Penguins captain Sidney Crosby.

This particular angle really does make it seem like Crosby swings his leg to sweep Dowd off balance:

There was no call on the play.

Update: Dowd has returned to the game, so although this looked really bad initially it sounds like he will be ok.

Report: Rask will return to Bruins on a cheap contract
Subscibe to
Our NEWSLETTER
Receive the best articles of the web directly in your email