How many of these kinds of altercations have you witnessed live? 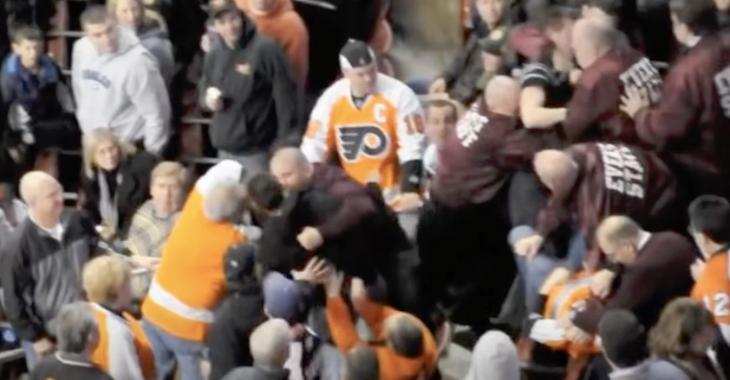 There was a pretty notable brawl in the stands at Heinz Field yesterday during the NFL preseason matchup between the Pittsburgh Steelers and the Detroit Lions, during which more than a few rowdy fans started going at it. Whether or not they were simply just heated or were aided by a few servings of liquid courage, we're not sure.

Since fans have returned to the stands in sports venues, there have been more than a few altercations captured on video. So that got us to thinking - how many fights in the stands of NHL venues have we seen over the years?

Let's take a look back at some fan altercations that happened to be caught on video:

Head coach tells Kirill Kaprizov he looks fat!
Subscibe to
Our NEWSLETTER
Receive the best articles of the web directly in your email