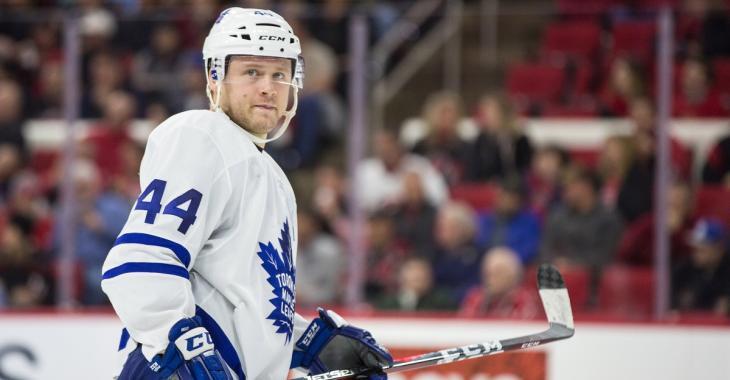 The Toronto Maple Leafs appear to be getting off to a rough start.

Although we don't have a great many details to share with you on the matter at this time, it does appear as though Maple Leafs defenseman Morgan Rielly has suffered some kind of injury. The injury occurred while Reilly was on the ice practicing with his teammates, but we have yet to learn anything about the nature of the injury or the severity of that injury.

Obviously this is terrible news for the Maple Leafs given that Rielly is unquestionably their most important defender on the blue line, but that could be mitigated by the fact that this could be a relatively minor ailment. Hopefully for the Leafs this one will not prove to be serious.

In a video published by David Alter, Rielly can be seen leaving the ice ahead of his teammates. I don't want to read too much into his body language, but it looked to me like Rielly was laboring as he walked back to the locker room. This may be an indicated that the injury is lower-body in nature, but that is pure speculation on my part at this time.