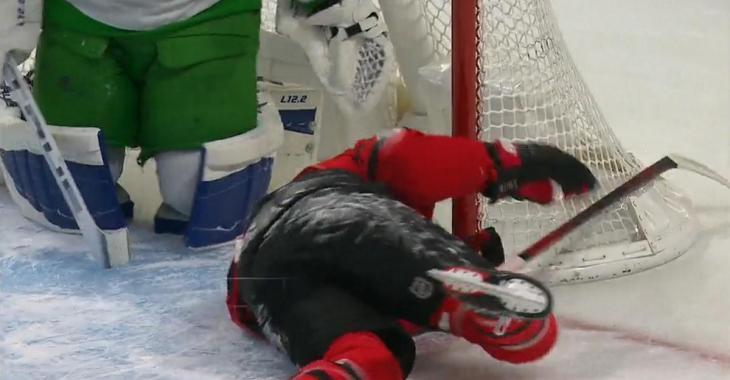 You know Ottawa Senators forward Brady Tkachuk has to be stinging after this one.

We've had a pretty energetic first period between the Toronto Maple Leafs and the Ottawa Senators in Sunday night's Battle of Ontario, however things about took a turn for the first during the final minutes of that period.

Although I don't believe for a second that this was intentional, a slash on the part of Maple Leafs forward Mitch Marner nearly sent Senators star forward Brady Tkachuk head first into the goal post.

Tkachuk was driving to the net and had a pretty good scoring opportunity after he outmuscled Marner on the play, however as he drove past the Leafs forward Marner slashed down on Tkachuk's stick, causing him to lose his balance and fall awkwardly into the net.

This was way too close of a call, and thankfully Tkachuk appears to be ok.

Nick Foligno has a message that is “hard for the fanbase to hear right now.”

Corey Perry's former teammate reveals his trashy superstition.
Subscibe to
Our NEWSLETTER
Receive the best articles of the web directly in your email