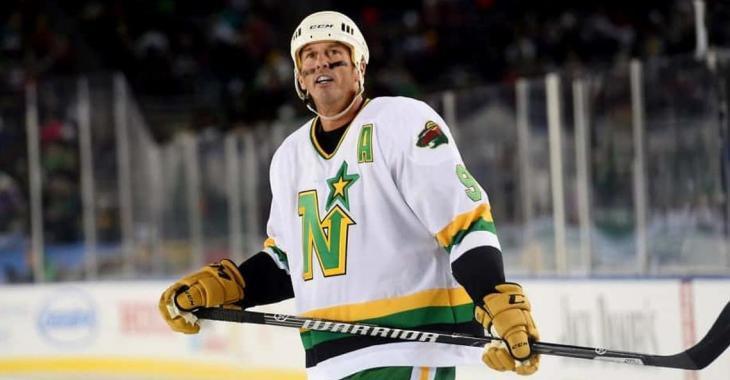 It has been many years now since we last had the chance to see the great Mike Modano on the ice competing in a National Hockey League game, but in spite of the fact that he no longer plays the sport of hockey at the most competitive level on the planet it is plain to see that even at 51 years old Modano has still got that it factor when it comes to competition.

Modano is currently competing in the American Century celebrity golf tournament and wouldn't you know it, he has just set an all time tournament record. During the competition this week Modano managed to hole out from 205 yards away on a Par 5 for an Albatross, a rather impressive shot that is also known as a Double Eagle, one that has now become the first and only Albatross ever registered in the history of the tournament. When you consider the fact that the tournament has been going on for over 30 years now that is quite the accomplishment on the part of the former NHL player. Then again I suppose it shouldn't come as much of a surprise to see one of the greatest American born players of all time doing well in another sport that involves swinging a stick.

Here's a look at the shot and the reaction to it:

Now you might notice Modano being mauled by a young looking golfing partner after hitting his record setting shot and if you're thinking to yourself that the young man mauling Modano looks familiar you're probably right on the money. That man just so happens to be Washington Capitals forward T.J. Oshie who was Modano's official golfing buddy at the tournament and seemed to be very pumped to see his wingman nailing such an unexpected and amazing shot on a Par 5.

Modano himself was understandably pretty happy with his effort on the day.

"I can't believe it! I can't believe it!" said Modano as per the Associated Press. "My eyesight is shot at 51. So I'm, like, 'I can’t see things halfway off the club.' (Playing partner T.J. Oshie) went crazy. And some people over by the side went nuts. I was like, man, 'That may have went in.' So, pretty cool."