Bunting picks up a big one. 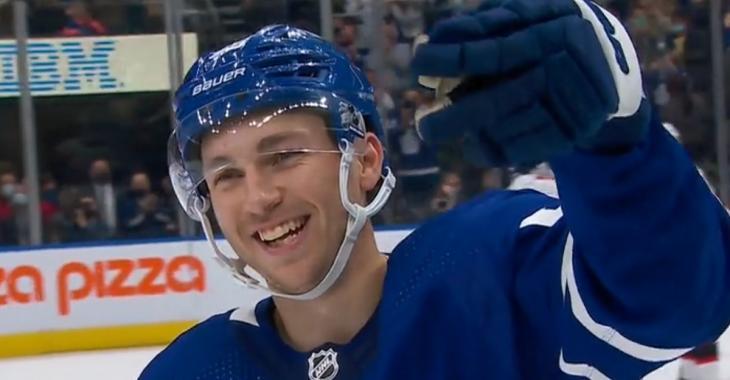 One of the newest members of the Maple Leafs had himself a pretty big night, and the best part was he had the chance to do it in front of his loved ones.

On Saturday night the Leafs faced off against the Ottawa Senators yet again and, although the Leafs fielded something of a strange lineup for this one, they largely controlled the game. It was during the third period of the game that forward Michael Bunting, whom the Leafs signed to a 2 year deal earlier in the summer, picked up his first as a Maple Leaf.

Bunting had a great opportunity to score when he and fellow Leafs teammate Alex Kerfoot found themselves in a 2 on 1 situation, but a solid defensive effort from Senators defenseman Victor Mete appeared to initially break up the play. Bunting however did not give up on the play so easily and, after maintaining control of the puck despite in the best efforts of Mete, he made a nifty move and found the back of the Senators net.

Here is a look at a few angles of his first goal in a Leafs uniform:

The best part of Bunting's goal however was not the goal itself, but the reaction of pure joy that the young man had stamped all over his face as he headed over to the Leafs bench to celebrate with his teammates.