Another big hit in Game 1. 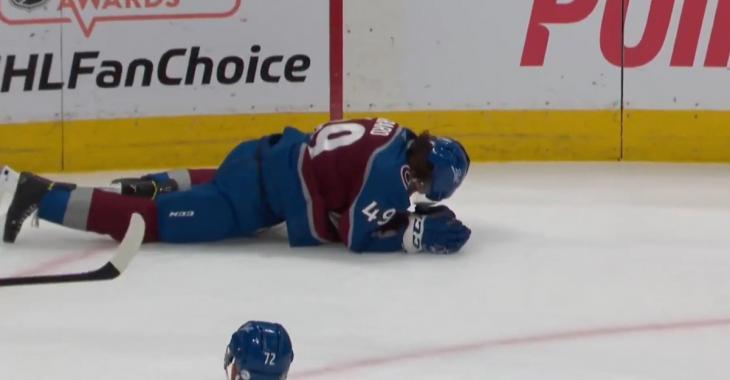 Given the timing of this hit and how it was delivered I do think the Las Vegas Golden Knights were looking to send a message here after being thoroughly dominated by the Colorado Avalanche in Game 1 of their second round series in the Stanley Cup Playoffs.

Aftera huge hit from Avalanche defenseman Ryan Graves laid out Golden Knights forward Mattias Janmark earlier in the game it was veteran Golden Knights forward Max Pacioretty that retaliated late in the game with a big time reverse hit that dropped Avalanche defenseman Samuel Girard. It was something of a reversal from the play earlier but in this case Pacioretty was awarded a harsher punishment than the one Graves received when the officials gave him a double minor for what they ruled was a high stick.

As you would expect after a situation like this with the game so far out of hand all hell broke loose following the hit, and I suspect this may be far from over.

Gary Bettman, several NHL teams issue statements of support after prospect Luke Prokop comes out
Subscibe to
Our NEWSLETTER
Receive the best articles of the web directly in your email