Videos : Mattias Janmark gets crushed by Ryan Graves in Game 1.

A rough night for the Golden Knights gets ever worse. 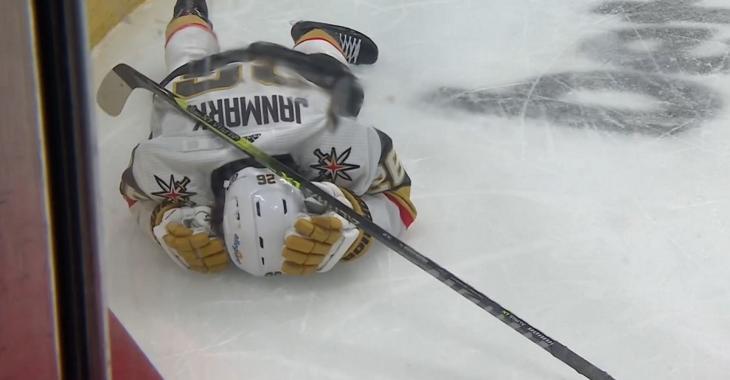 The Las Vegas Golden Knights are having a terrible night In Game 1 of their second round series against the Colorado Avalanche and unfortunately things have gotten even worse now for the Golden Knights with a potential injury to forward Mattias Janmark.

Janmark was the victim of a big time hit along the boards on Sunday night that left him sprawled out on the ice for several moments, and it was Colorado Avalanche defenseman Ryan Graves who received a penalty for interference on the play. Although the reaction on social media from fans of the Golden Knights was visceral, with many calling for Graves to be outright ejected from the game, the end result was just a two minute minor penalty on what looked like a borderline hit at most in real time.

Here's the hit, be sure to let us know your thoughts on it in the comment section.