Videos : Marc Andre Fleury has a message for fans in Chicago. 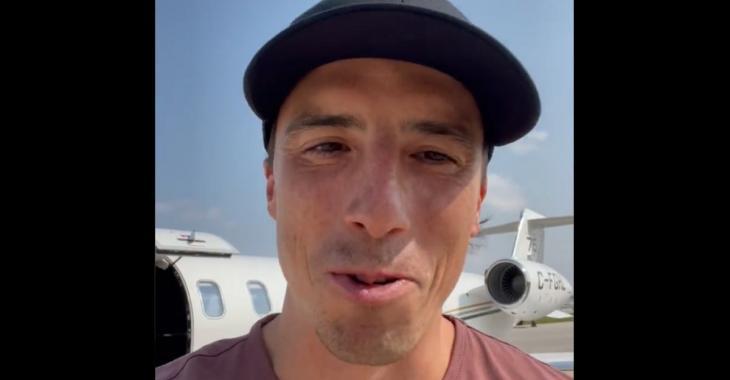 Earlier today it was announced that veteran goaltender and reigning Vezina Trophy winner Marc Andre Fleury would in fact report to training camp in Chicago and would join the Chicago Blackhawks for the 2021 - 2022 National Hockey League regular season. There had been some questions last week about whether or not Fleury would actually play for the Blackhawks after being traded to Chicago, but those questions have now been answered.

Fleury himself has already arrived in the Windy City and is reportedly in Chicago to check out places to live as well as potential places for his young children to go to school next year when they will be in Chicago alongside their father. In fact, on Sunday Fleury took the time to record a short clip for fans of the Blackhawks while in the city, announcing his arrival in style with the private plane in full view behind him.

"Hey Chicago it's Marc, so let you know I'm in, let's get to work," said Fleury with a smile.

This is of course great news for the Blackhawks given that, as I mentioned earlier, there were some genuine concerns about whether or not Fleury would report to the Blackhawks after being traded by the Las Vegas Golden Knights. Those concerns came directly from those closest to Fleury as well, with his agent Allan Walsh claiming immediately following the trade that Fleury would need to take time to think about his next move.

"While Marc-Andre Fleury still hasn’t heard from anybody with the Vegas Golden Knights, he has apparently been traded to Chicago," wrote Walsh on twitter. "Marc-Andre will be taking time to discuss his situation with his family and seriously evaluate his hockey future at this time."

Many took that as an indication that Fleury intended to either force another trade or potentially even contemplate retirement from the sport, but it would appear that cooler heads have prevailed and Fleury will indeed be a Blackhawk next season. How much he will enjoy his time in Chicago and whether or not this relationship will last beyond the one year that remains on his current contract however remains to be seen.