Check out what you missed. 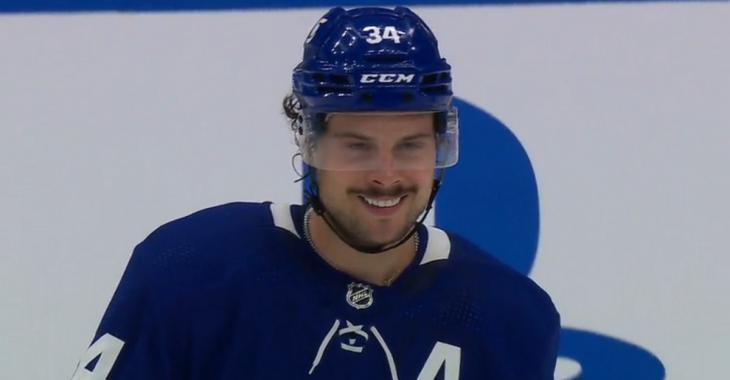 The Toronto Maple Leafs came into Game 2 looking to even up their series against the Montreal Canadiens in the first round of the Stanley Cup Playoffs, but I suspect they gave quite a few of their fans some serious concerns after they gave up an early lead to the Habs in the first period.

The Canadiens got on the board with Jesperi Kotkaniemi stepping into the lineup for the first time in this series and showing Habs head coach Dominique Ducharme that he made the right choice, giving his team a 1 - 0 lead early in the first.

The Leafs would however respond relatively quickly with the Leafs fourth line coming up huge for Toronto. It was Jason Spezza who picked up the first goal for the Leafs in this one, this after the Leafs were pressuring the Habs on a long shift and turned it into a game tying goal.

These two teams are clearly starting to develop a bit of a rivalry after playing each other all seasons long and that was clear with several players going out of their way to lay the body in the first. Perhaps the best example was Leafs star forward Auston Matthews knocking Habs forward Brendan Gallagher to the ice with an open ice hit, although there was plenty of hitting from the Habs as well in this one.

Matthews knew exactly what he was doing here, as the ear to ear grin on his face following the hit revealed.

Still two more periods of action to go in this one so stay tuned.

Ovechkin calls Wilson suspension a “joke”, says NHL officials agree with him.
Subscibe to
Our NEWSLETTER
Receive the best articles of the web directly in your email