Videos : Jack Hughes' amazing reaction to his brother being drafted into the NHL.

I guess he was a little excited. 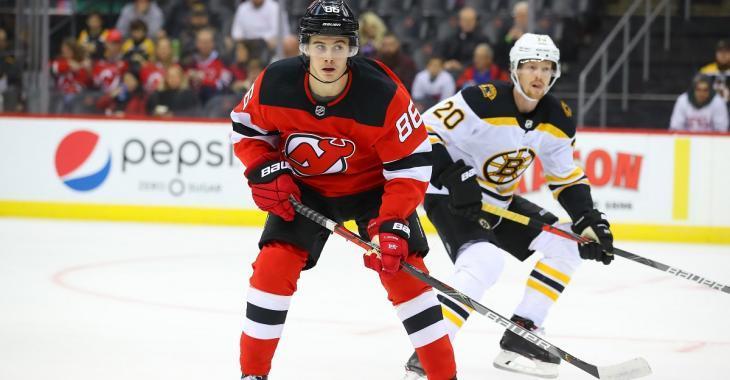 I've got to be honest I've never seen a reaction quite like this one and the fact that it comes from a player in the National Hockey League, a former first overall pick in the draft no less, makes it that much more hilarious.

On Friday the National Hockey League held its annual Entry Draft where all 32 teams from across the league select the next generation of young players that are expected to have a major impact on the sport of hockey. Throughout the event we saw numerous selections and numerous emotional moments as the lives of many young men and their families were forever changed, but perhaps no one displayed that emotion better than former New Jersey Devils' first round draft pick Jack Hughes.

Hughes hadn't re-entered the draft or anything like that but was instead on the couch at home as he nervously awaited to learn whether or not his younger brother Luke Hughes would also be drafted into the league as he had. Although Luke would not go as high as brother Jack, being selected first overall is quite the accomplishment after all, he did go pretty high in this one as well. What neither brother could have expected however was the fact that they would both be selected by the very same franchise, with brother Luke being selected in the #4 slot by the very same New Jersey Devils that had drafted Jack into their organization just two years earlier.

The elation at learning that he and his brother would be teammates moving forward, at least for the foreseeable future barring any kind of major trade on the part of the Devils, was simply too much for brother Jack and it all came pouring out of him when Luke was announced as the Devils' pick. Jack immediately jumped up and began shaking uncontrollably as he hugged his brother, creating a scene that quite hilariously looked very much like a little dog trying to hump the leg of a human being. What made it even more comical was the fact that, by contrast at least, Luke appeared quite calm upon learning of the news and did a great job of remaining stoic through the whole thing despite the obvious excitement of the moment.