Videos : Canadiens confirm Mike Hoffman will be out long term.

A tough break for the Canadiens. 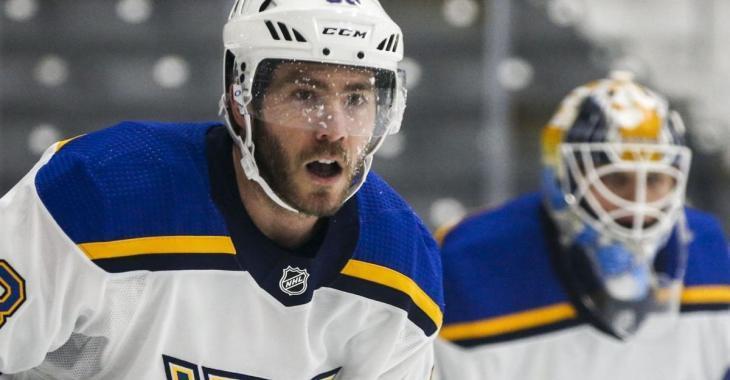 The Montreal Canadiens will now officially be without veteran forward Mike Hoffman as they look to get their season underway.

Earlier this week it was reported that Hoffman, whom the Canadiens signed to a 3 year contract that carries an average annual value of $4.5 million per season this summer, had failed his pre camp physical and would likely miss a significant portion of training camp as the direct result of a lower body injury. Although we do not have more clarity on the nature of that injury, we now know that Hoffman is likely to miss much more than just training camp.

According to a report from Canadiens insider Eric Engels, the Canadiens are now expecting that Hoffman will be out long term. Engels spoke with Canadiens head coach Dominique Ducharme on Saturday and it was Ducharme himself who confirm that Hoffman could now be out for up to 4 weeks. That is of course a timeline that would bring his recovery period well past the start of the regular season, which the Canadiens are set to begin on the 13th of October when they will face off against the Toronto Maple Leafs.

This is not an ideal start for a player that you just signed for the next 3 years, but there's no doubt that taking the cautionary approach here with an aging veteran like Hoffman is the correct approach. At 31 years of age Hoffman is no spring chicken by the standards of the NHL, but his 17 goals and 19 assists for 36 points over just 52 games in a single season with the St. Louis Blues are an indication that he still has plenty of gas left in the tank.

Although the timeline here is unfavorable for the Canadiens, the fact that this has occurred prior to training camp is much preferable to an injury during the regular season. Assuming we take Ducharme literally we could see Hoffman returning some time around the 23rd of October. On that day the Canadiens face off against the Detroit Red Wings in what would be just the 6th game of the regular season for the Habs,

As for right now, the Canadiens are scheduled for preseason action this evening against the Toronto Maple Leafs. Here's a look at the projected Leafs lineup for that contest.

Report: NHL gets a scare following last night's test results, at least one team put on pause
Subscibe to
Our NEWSLETTER
Receive the best articles of the web directly in your email