Other Sports : Tragedy as mother and son die inside MLB stadium. 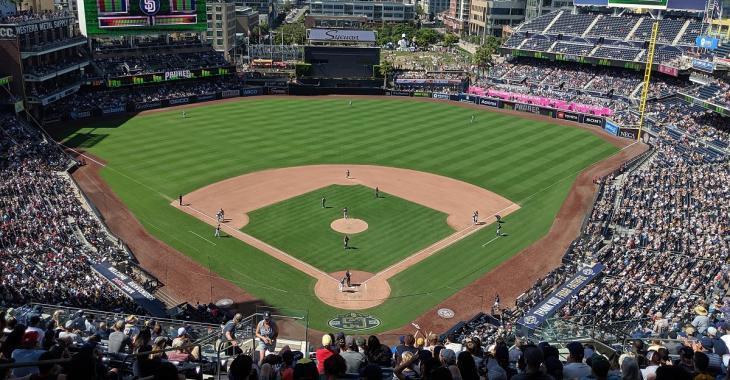 We very rarely steer away from the topic of hockey here on Hockey Feed but in the world there are some stories that simply transcend fandom, and this is most certainly one of them.

On Saturday we began to hear reports that a mother and her young child had been involved in a very serious fall at Petco Park, prior to the Major League Baseball game between the San Diego Padres and the Atlanta Braves. The incident reportedly happened just as fans were beginning to enter the building, something that resulted in a number of horrified onlookers who were unfortunately eyewitnesses to these terrible events.

We now know that both the mother and her child have died as a result of the fall, a terrible tragedy for the family and one that has no doubt permanently scarred many of those who were in attendance on Saturday. Some onlookers have claimed that the mother attempted to prevent her 2 year old son from falling, and in the end fell herself as a result, but comments from the law enforcement officials investigating the matter have now cast a cloud of suspicion over this entire incident.

According to a report from the San Diego Tribune, police have stated that the deaths in this case "appeared to be suspicious," which leaves us with a lot more questions about what truly happened here. There were no doubt a large number of eyewitnesses and there may have even been security cameras that caught the incident, so we are confident that police will be able to get to the bottom of this.

The father of the child was reportedly also on hand at the stadium and I can't even begin to phantom the kind of grief he is experiencing as a result of this. My thoughts and condolences go out to the victims, their families, and of course to all of the innocent fans who have been traumatized by this incident as well.

I can only hope that this will result in measures that will guarantee that a tragedy of this kind is never repeated, whether at an MLB game or at any other major sporting event around the world.