He has a “faithful rehab partner”! 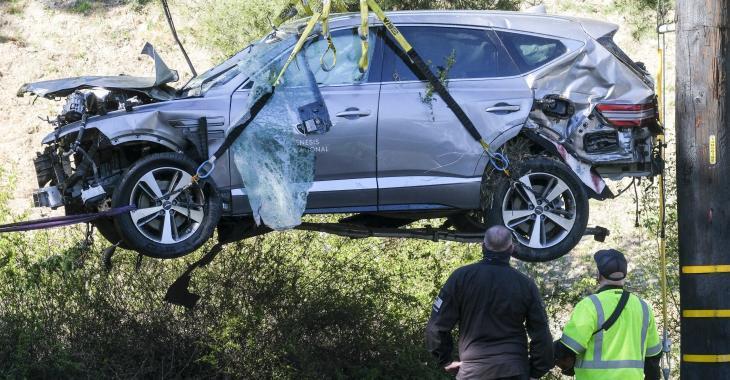 Back in March, Tiger Woods was injured in a serious car accident in California when he  was involved in a single-vehicle car roll-over. The star golfer’s vehicle sustained major damage and Woods had to be extricated from the wreck with the ‘jaws of life.’ The 45-year-old golfer was rushed at the hospital for surgery after sustained several serious injuries to his legs.

Days after the horror crash, the chief medical officer at Harbor-UCLA Medical Center Dr. Anish Mahajan had said that Woods shattered the tibia and fibula bones of his lower right leg in multiple locations. Those injuries were stabilized with a rod in the tibia. Additional injuries to the bones in the foot and ankle required screws and pins, Mahajan said in a statement.

Woods has stayed away from social media and focusing on his rehab, but shared an update on his Instagram account on Friday, telling fans that his course is coming along faster than he is. But he has a “faithful rehab partner” to help him out.

It is great to hear that Woods is healthy and better following this intensive surgery. It was the 10th surgery of his career, and it came two months after a fifth back surgery.

We will him all the best moving forward!

Habs place Gallagher on IR, free up nearly $4 million in cap space ahead of trade deadline

Public backlash over Lightning security's harassment of 11 year old boy forces change in policy.
Subscibe to
Our NEWSLETTER
Receive the best articles of the web directly in your email