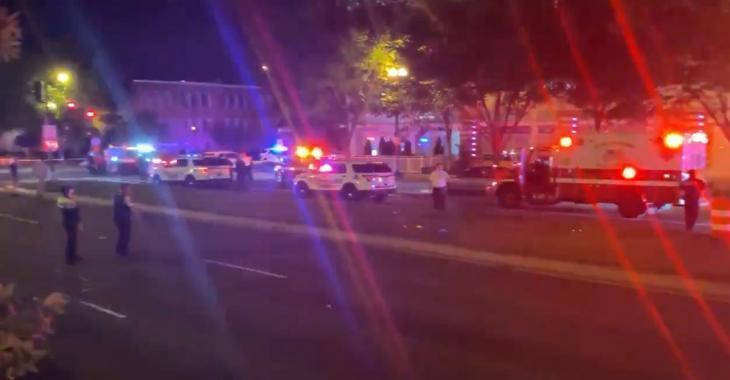 We're not entirely sure what is going on at this time, but a very scary situation is developing in Washington.

The Saturday night game between the San Diego Padres and the Washington Nationals has been halted after a shooting occurred that was caught clearly by the microphones in the stadium. At this time the incident is believed to have taken place outside of the stadium proper, however details are still murky as this is a developing story.

The scenes that have been posted on social media from Washington Nationals Park are horrifying to put it mildly. In the video below several people can be heard screaming as they run and look for cover or shelter wherever they can find it.

As I mentioned it does appear as though the gunshots can be heard clearly over the radio broadcast of the game itself, and it sounds like fairly heavy duty gunfire in relatively close proximity of the stadium and its microphones. That being said it is hard to say how much the audio equipment on site may have served to amplify the audio of the gunshots.

No word yet on whether or not anyone has been injured or whether or not the person who fired the shots has been apprehended or identified, but we will bring you those details as soon as they become available.

Update: Police have reportedly confirmed that at least 2 people have been shot.

Report: Crosby wanted to sign with Montreal in 2012, but Habs player convinced him to stay in Pittsburgh
Subscibe to
Our NEWSLETTER
Receive the best articles of the web directly in your email