“We’re trying to determine if a crime was committed.”

Published on Wednesday, March 3 2021 by HockeyFeed in Other Sports 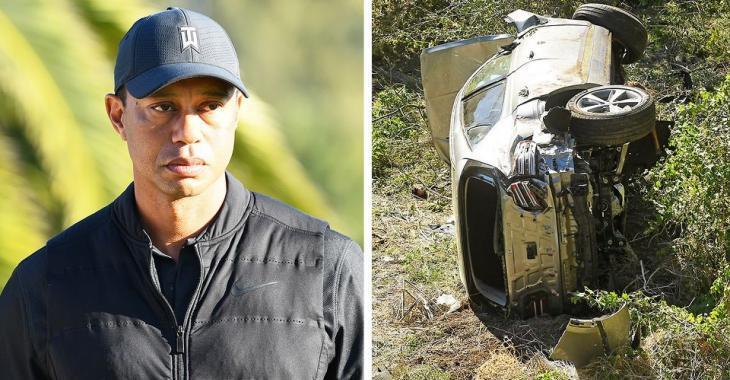 It has now been confirmed that the Los Angeles County Sheriff’s Department has executed a search warrant to get data from the so-called “black box” from the SUV that Tiger Woods was driving when it crashed last week.

Last Tuesday, Woods was involved in a single-vehicle car roll-over. The star golfer’s vehicle sustained major damage and Woods had to be extricated from the wreck with the ‘jaws of life.’ The 45-year-old golfer was rushed at the hospital for surgery after sustained several serious injuries to his legs. Woods was the driver and only occupant of the vehicle. He was traveling north on Hawthorne Boulevard at Blackhorse Road when he crashed his Genesis GV80 SUV. Aerial images from the scene of the crash showed Woods’ vehicle lying about 30 yards off the road on its side.

To get a warrant, probable cause that a crime was involved has to be determined, even if it’s just a misdemeanour.

When speaking with USA Today Sports, a sheriff’s deputy downplayed the warrant as routine, stating he considered it due diligence.

The black box of the car is expected to show a vehicle’s speed, steering angle, acceleration and braking activity.

"We want answers, so that’s the route we take.”

Woods is still recovering at Cedars-Sinai Medical Center in Los Angeles. He was moved from Harbor-UCLA Medical Center “for continuing orthopedic care and recovery,” according to Dr. Anish Mahajan.