Other Sports : First updates on Tiger Woods’ condition after urgent surgery due to horror car wreck

Damn he was lucky… 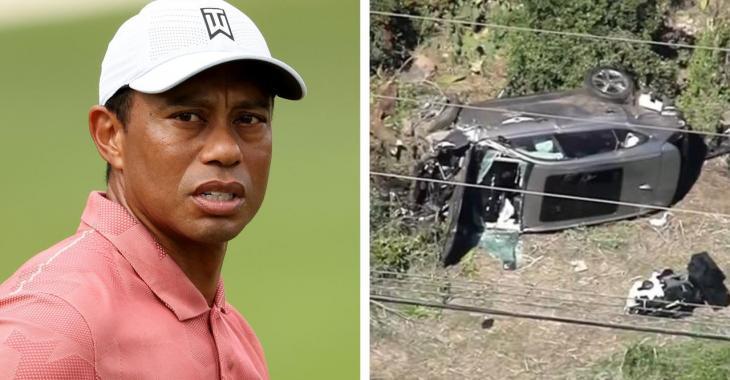 On Tuesday morning, Tiger Woods was injured in a serious car accident in California when he  was involved in a single-vehicle car roll-over. The star golfer’s vehicle sustained major damage and Woods had to be extricated from the wreck with the ‘jaws of life.’ The 45-year-old golfer was rushed at the hospital for surgery after sustained several serious injuries to his legs.

Finally we’re getting some updates on his conditions after undergoing a lengthy procedure. Woods’ foundation said in a statement he was awake, responsive and recovering in the hospital.

The chief medical officer at Harbor-UCLA Medical Center Dr. Anish Mahajan said Woods shattered the tibia and fibula bones of his lower right leg in multiple locations. Those injuries were stabilized with a rod in the tibia. Additional injuries to the bones in the foot and ankle required screws and pins, Mahajan said in a statement released on Woods’ Twitter account late Tuesday night. The lengthy surgery also reduced swelling. Woods was awake and recovering in his hospital room, the statement said.

Woods was driving to a television shoot when his SUV crashed into a median, rolled over and ended up on its side near a steep road known for wrecks, authorities said.

We are glad to hear he is safe and recovering in the hospital.