Other Sports : Canadian icons Wayne Gretzky and Steve Nash have just bought their own sports team.

Two Canadian icons team up to buy their very own sports team. 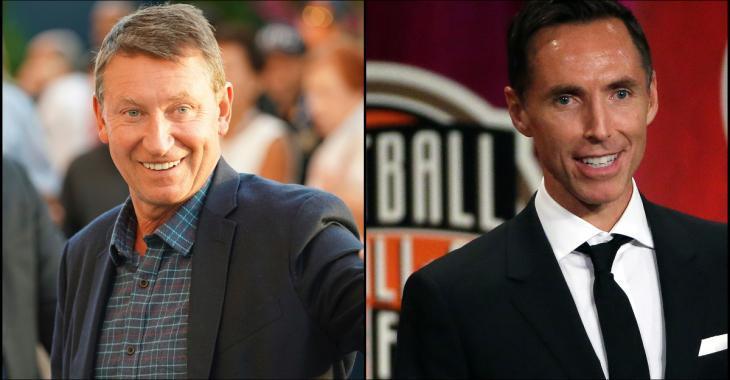 Two legends of Canadian sport have just made a big time move.

After rumors floated around all weekend suggesting that Canadian icons Wayne Gretzky and Steve Nash were set to purchase their very own sports team, an official announcement was made on Monday confirming that this was indeed the case. During a press conference held by the National Lacrosse League, the league revealed that the National Hockey League and National Basketball Association superstars had indeed come together with Canadian billionaire Joe Tsai to purchase a brand new franchise in their league.

At the time of this writing there has not been any announcement regarding the branding or name of the franchise, but I suspect that has been done quite deliberately and that information will be drip fed to us in order to help build excitement for the franchise's enterance into the NLL.

We're not sure how either Gretzky or Nash became involved in this project but it is worth noting that Gretzky's son in law, two-time PGA major winner and world renowned golfer Dustin Johnson is also believed to have an ownership stake stake in the project. Johnson has of course been the long time partner of Wayne Gretzky's daughter Paulina Gretzky, so it may very well be that there is a family connection here for the great one.

Nash already has considerable experience as the owner of a major sports franchise, he currently is a co owner of Major League Soccer's Vancouver Whitecaps and no doubt will bring a wealth of experience to the table in this deal. That is not to say that Gretzky does not have his own experience as the owner of a sports franchise, although in his case it dates back quite some time to when he was a co owner of the Toronto Argonauts of the Canadian Football League all the way back in the 90s.

A curious part of this deal are Joe Tsai's existing connections in the NLL, specifically his ownership of what will be a rival team the San Diego Seals. That would appear to be an obvious conflict of interest, and it will be very interesting to see how it is handled moving forward.