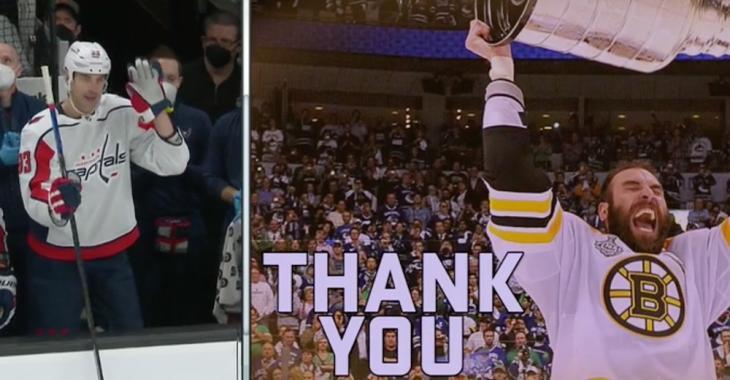 Big Zdeno Chara absolutely shocked the hockey world when he signed a one year contract with the Washington Capitals this past offseason. The longtime Boston Bruins captain made the decision after it was clear that the Bruins were going to give him a reduced role in 2020-21. Tonight, Chara returns to Boston for the first time since signing with the Capitals but... who are we kidding? It's just not the same without fans in the crowd...

Imagine the reactions, both positive and negative, if the Bruins faithful were in attendance this evening. There's no doubt that Big Z would get a standing ovation the likes of which this team hasn't seen since Ray Bourque's jersey retirement. Instead, Chara is treated to a lukewarm video on the jumbo screen with some Zoom messages from Bruins fans.

A lovely gesture from the Bruins organization but... how depressing is this really? Hopefully we can get fans back in the stands soon to give this guy the proper recognition that he deserves.