NHL News : Zadorov done with the Blackhawks after just one season?

Reports out of Chicago that the hulking blueliner is on the outs. 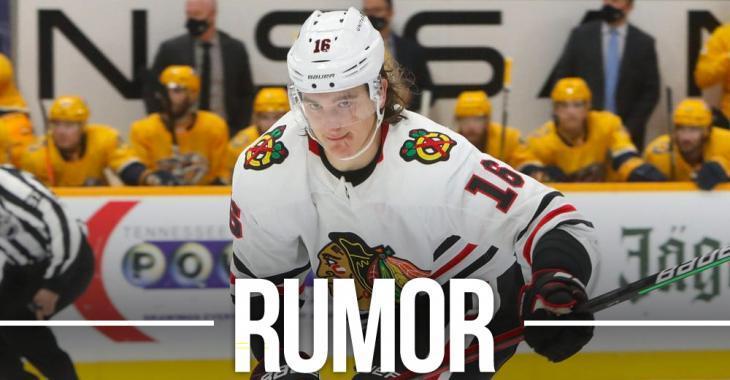 In his latest column for the Chicago Sun-Times, Chicago Blackhawks insider Ben Pope takes a closer look at the team's acquisition of defenceman Riley Stillman from the Florida Panthers earlier this season and what it means for the team's blueline corps next season.

In particular, Stillman believes that 6'6", 240 lbs defenceman Nikita Zadorov could be on the way out in Chicago. Stillman brings some of the physicality that Zadorov is known for and will likely be considerably cheaper. Zadorov is a pending restricted free agent and could fetch a decent return via trade.

Some more insight from Pope:

But Stillman brings the same intimidating physicality that Zadorov hangs his hat on. He has been credited with 16 hits through six games, a rate (2.7 per game) only slightly behind Zadorov (3.4).

And so far, Stillman largely has been able to avoid the costly, inexcusable turnovers that have marred Zadorov’s first season in Chicago. Zadorov has averaged 5.3 failed defensive-zone exits per 60 minutes, per analyst Corey Sznajder’s data. Only a handful of other NHL defensemen are worse, and Stillman isn’t one of them.

Nothing is set in stone, but Stillman’s extension increases the odds that Zadorov’s RFA rights are traded this summer.

Even more interested, Pope reports that Blackhawks GM Stan Bowman attempted to trade Zadorov this season, but wasn't happy with the offers.

Bowman considered offers for Zadorov at the trade deadline but asked a higher price than any suitors would meet. Lowering the price and moving Zadorov in July would represent waving the white flag on the much criticized Brandon Saad trade with the Avalanche last October.

Any way you slice it up, it looks like spacing is running out for Zadorov. Veterans Duncan Keith and Connor Murphy are absolute locks to make the roster next season, ditto for youngster Adam Boqvist. There's a chance that Calvin de Haan is scooped up in the expansion draft, but if not he'll be a lock as well. There there's the likes of Stillman, Ian Mitchell, Nicolas Beaudin and Wyatt Kalynuk. Where's the room for Zadorov? He'll have to force the team to make a tough decision either way.