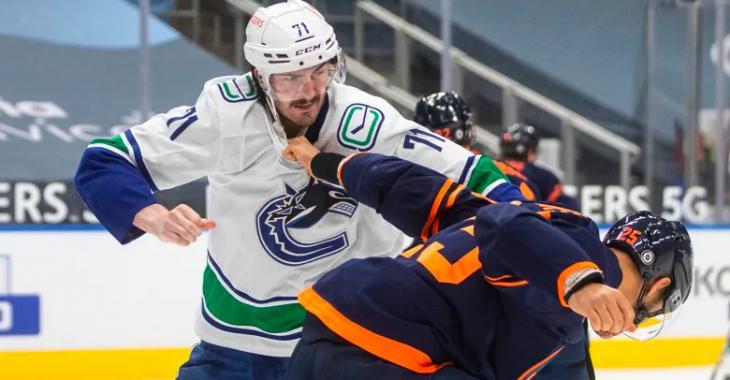 On Tuesday, the Vancouver Canucks placed winger Zack MacEwen on waivers, freeing up a roster spot to sign Alex Chiasson, who was with the Canucks on a professional tryout (PTO). Chiasson signed a one-year contract with a league-minimum salary of $750,000.

On Wednesday, they lost MacEwen: the Philadelphia Flyers claimed him off the waiver wire.

We bet the loss of MacEwen hurts the Canucks and he had shown some promise during in 2019-20, scoring 5 goals in 17 NHL games and getting some top-six time on a line with Bo Horvat. Last season, however, he struggled to find the back of the net, finishing with just two points in 34 games, but was fired up during the preseason, most notably getting into a fight with Edmonton Oilers’ Zack Kassian.

In other waiver news, everyone else from yesterday’s waivers cleared, while the Seattle Kraken have placed Dennis Cholowski on the wire today.