NHL News : Zach Parise may have hit a low point in his NHL career.

The former star forward is being left aside. 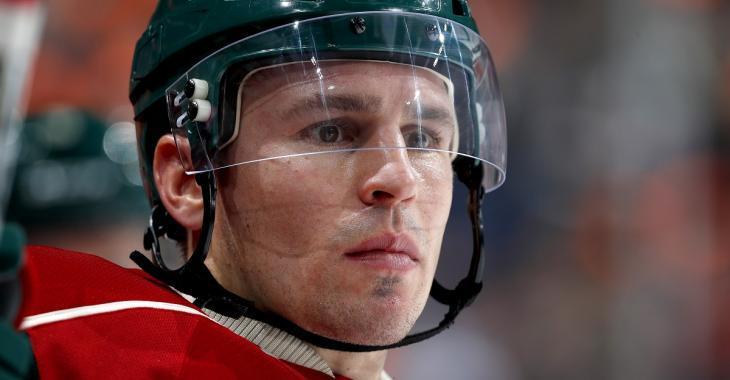 Minnesota Wild forward Zach Parise has had his fair share of struggles in recent years, in large part due to injuries, but after arguably the worst season of his National Hockey League career he may have hit an all time low.

On Friday with the Wild having all of their forwards healthy, head coach Dean Evason made the tough call to make Parise a healthy scratch. That meant that Evason chose to leave a player carrying a cap hit of $7.5+ million on the sidelines, a player that also happens to be the 3rd leading scorer in the history of the franchise. Although you might have expected a move of that nature to raise more than a few eyebrows, it was largely accepted as the correct decision on the part of Evason and one that came off the heels of Parise being relegated to the bottom 6 for several games.

Now there are serious questions about what this means for Parise's future with the team this season, including talk that he could potentially be watching the Stanley Cup playoffs from the press box rather than from the bench with the rest of his Minnesota Wild teammates. Recently Minnesota Wild insider Mike Russo speculated that this could very well be the case, believing that Evason may choose to go with younger, speedier, options once the high paced play of the playoffs gets underway.

Evason said after the game that this was a decision made specifically for Friday’s game, so we’ll see if Parise returns Saturday night. But it would not be shocking heading into a postseason that could feature fast games that turn into track meets if Evason goes with speedier forecheckers in that fourth-line spot, such as Sturm and Bjugstad rather than Parise, the Wild’s all-time leader in playoff goals with 14, assists with 20 and points with 34 in 40 games.

As tough as the situation might be for Parise right now, it could become even uglier for the Minnesota Wild down the line. In spite of being 36 years old and in obvious decline, Parise has 4 more years on his current deal beyond this season which means the Wild are not getting out from under that cap hit any time soon. Although he will only earn a combined $4 million in real money in the final 3 years of that deal, a retirement or buyout would leave the Wild with severe cap recapture penalties for several seasons.

Brad Marchand plays hero after a Capitals fan is injured during warmups.
Subscibe to
Our NEWSLETTER
Receive the best articles of the web directly in your email