The Wild announced that the forward was getting bought out, but he could be picked up by a team in no time! 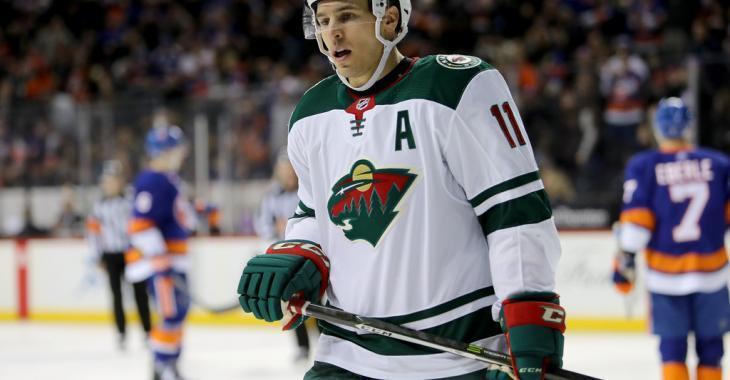 On Tuesday, the Minnesota Wild announced that the team will buy out the final four years of the contracts of forward  Zach Parise and defenseman Ryan Suter. Both players will become unrestricted free agents on July 28.

At 36 years old, Parise could take the money and hang up the skates, though it sounds like he prefers to test the market and pursue his NHL career. And it might have already found a team who is willing to make him an offer as a free agent.

Dan Rosen of NHL.com believes that the New York Islanders will be interested in the veteran forward’s services. As we all know, general manager Lou Lamoriello loves to get former players back on his roster.

Parise left the New Jersey Devils back in 2012, after losing the 2012 Cup final to the Los Angeles. Lamoriello was GM in Jersey at the time and saw Parise sign back home in Minnesota as a free agent.

There was no animosity between Lou and Parise for the free-agent signing. This is what the veteran forward said at the time, defending his former GM who was being accused of letting him walk.

Lamoriello sure has his ways and we know how he loves to reunite with former players who did well under him. Rosen believes this is the case here with Parise.

We’ll keep an eye on this…

A Capitals player has tested positive for COVID-19.
Subscibe to
Our NEWSLETTER
Receive the best articles of the web directly in your email