​This does not look good… 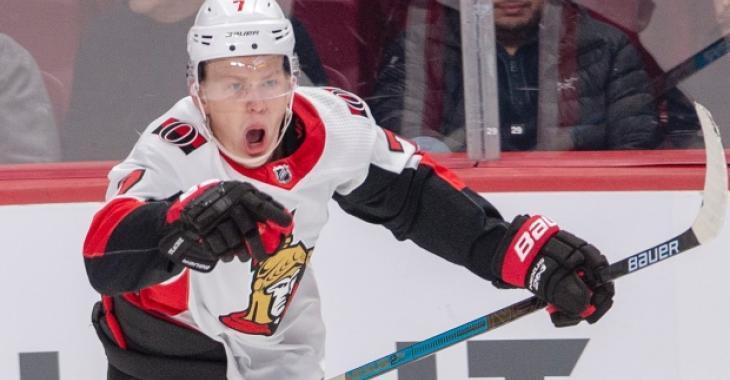 Many insiders have now reported that there are no changes in the contract impasse between the Ottawa Senators and forward Brady Tkachuk, as the team is still seeking a long-term deal, while the player prefers a bridge one.

The Senators open their season tomorrow night against he Toronto Maple Leafs and even if the impasse is settled today or Thursday, Tkachuk won’t be in the lineup for a while, seeing that he did not take part in training camp or skate with NHLers all summer. But that’s beyond the point because it sounds like everyone is getting ready for the worst scenario when it comes to this impasse.

With this dragging on, this only prompts fans, insiders and Sens’ management to realize that more concern will be raised about Tkachuk’s long-term future in Ottawa. We get why the Senators would prefer to avoid the scenario in which Tkachuk, who has already played three seasons, signs a three-year bridge deal that brings him to within one year of his UFA eligibility.

But you have to imagine that a long standoff could cause irreparable damage to his relationship with GM Pierre Dorion and management and send him out the door much sooner than the Senators prefer!

On top of that, just yesterday, TSN’s Dave Poulin made arguments that Tkachuk’s new deal should be comparable to Montreal Canadiens’ Nick Suzuki’s, who inked an eight-year, $63 million contract earlier this week.

While this is a lot of money, Tkachuk seems set on waiting to see what the future looks like in Ottawa before committing long-term. This Suzuki’s signing strangely does not help him, though, he is still holding his grounds for now, away from the team.

This could get uglier…