He said he was back on the ice, but… 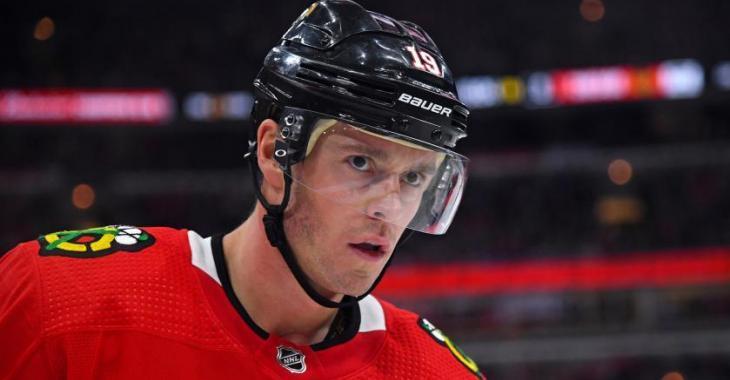 On the last day of June, Chicago Blackhawks and their fanbase were thrilled to see the update on Jonathan Toews, one that he posted himself on social media.

The Blackhawks captainshared a video explained what has been going with him and why he missed the entire 2021 season.

“I just think there was a lot of things that just kinda pilled up and my body just fell apart, and so what they’re calling it is Chronic Immune Response Syndrome, where I just couldn’t quite recover. My immune system was reacting to everything, to any kind of stress, anything that I would do throughout the day, was always kind of like a stress response.”

Back in December, Toews had announced that he had been “experiencing symptoms that have left me feeling drained and lethargic” and didn’t have a timetable for a return to action.

In the same video, we could see Toews back on the ice, skating and looking healthy. The footage gave fans hope that Toews was close to a return as he was training on the ice in Chicago.

However on Tuesday, GM Stan Bowman gave a worrisome update on his captain, stating that he remains without an exact timeline for return.

“Same answer I gave the other day which is, we’re all hopeful that he continues on his path and training and feeling better. Nothing’s derailed that,” Bowman said of Toews’ return, per NHL,com. “But with what he’s gone through, we don’t know where it’s going to be. So here we are today, things are looking good and that’s our thought moving forward.”

The hope remains that he will play during the 2021-22 season, however, as Bowman explained in his update, the Hawks are patient with his condition and his well-being.

Whenever he will return to the Blackhawks’ lineup, Toews will notice how much it has changed since he last played in the team’s uniform: the team added defenseman Seth Jones and  Vezina winner Marc-Andre Fleury after trading long-time blue liner Duncan Keith.

Chicago finished sixth in the Central Division last season with a 24-25-7 record.

The official Stanley Cup final schedule revealed!
Subscibe to
Our NEWSLETTER
Receive the best articles of the web directly in your email