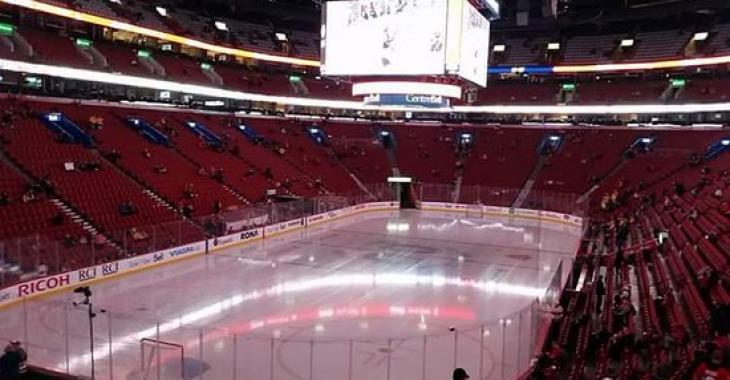 Could it be because there is a huge outbreak amongst the roster?

The NHL postponed Monday night’s game in Montreal between the Canadiens and the Edmonton Oilers, making it the first contest in the all-Canadian North Division to be shut down due to COVID-19 concerns.

After first, fans thought the game would take place tonight, however, it was confirmed that the postponed contest could not take place on Tuesday night. According to TSN insider Pierre LeBrun, the game scheduled on Wednesday night between the Oilers and Habs could be in jeopardy as well. LeBrun notes that “as for Wednesday’s game, hearing that is subject to a meeting of the medical consultants after today’s test results are received. But as of now, that game is on. Let’s see what the day brings.”

Monday’s postponement was announced shortly before the scheduled 7 p.m. ET opening face-off after Montreal forwards Joel Armia and Jesperi Kotkaniemi were placed on the league’s COVID protocol list. Tuesday’s practice has been cancelled, adding that the team will report to its practice facility for regular COVID testing, while the Bell Sports Complex will be closed for “precautionary measures.”

As for today, the Anaheim Ducks’ practice at the Xcel Energy Center got cancelled after a player entered the NHL’s COVID-19 protocols. It was just announced that four players are now in protocol : Danton Heinen, Ben Hutton, Jacob Larsson and Anthony Stolarz.

The Ducks are slated to face the Minnesota Wild in the latter half of a back-to-back series Wednesday, which, as of now, is expected to be played as scheduled.

The NHL has postponed 38 games due to COVID-19 protocol since the season began on Jan. 13.

The Oilers have acquired Dmitry Kulikov.