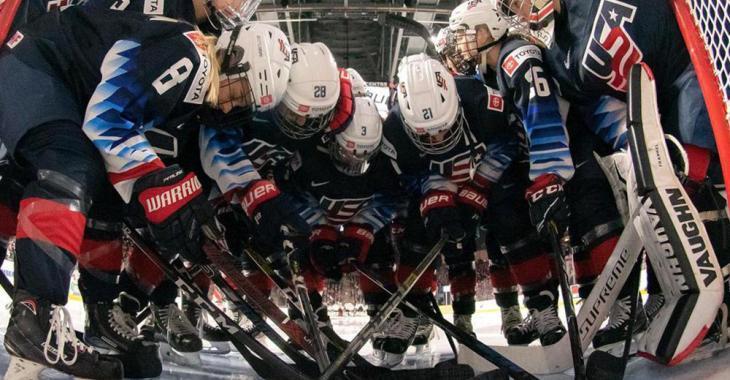 It's been quite a long time since hockey fans were last able to watch the women's world hockey championship - 859 long, arduous days to be exact. But now, that's over.

The puck will finally drop in Calgary after what's seemed like an eternity, with ten countries competing for a summer title with the 2022 Beijing Olympics less than half a year away. The COVID-19 pandemic forced the cancellation of the 2020 world championship in Halifax and Truro, N.S.

According to American forward Kendall Coyne Schofield, it's the pinnacle of women's hockey.

"The pinnacle of women's hockey hasn't been showcased in 859 days," Coyne Schofield told The Canadian Press. "That's why it's important that we're here."

The events will take place at Markin MacPhail Centre, which features an international sized ice surface and can accommodate up to 3,000 spectators. While tickets for preliminary-round games will not be made available to the public, that may be a possibility for the medal rounds. Meanwhile, all ten countries played exhibition games Wednesday.

And you can bet they're getting used to whatever comes their way, especially living in these uncertain times amidst the ongoing pandemic.

"We're getting used to, on the team, just adapting to whatever comes at us," Canadian forward Brianne Jenner said.

"I know it sounds like that cookie-cutter answer, but we're honestly just so excited to compete. It feels like a lifetime ago - anything pre-pandemic does feel like a different world, a different reality."

Report: Leafs set to lose more players due to poor cap management
Subscibe to
Our NEWSLETTER
Receive the best articles of the web directly in your email