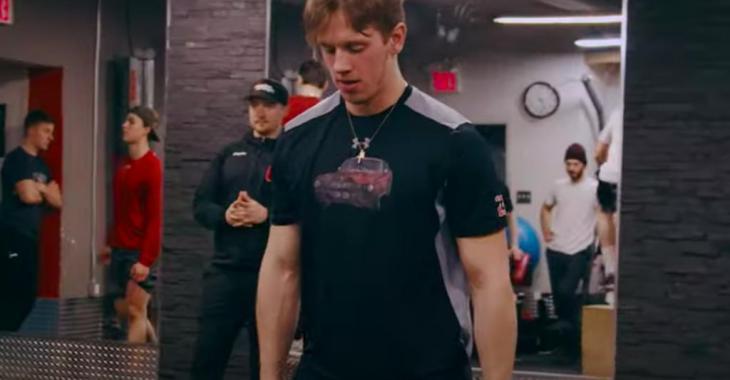 Minnesota Wild 2020 first round pick Marco Rossi was expected to make the opening night roster after coming back from the World Junior Championship. But then, things took a turn for the worst as it was announced he was out indefinitely with an upper-body injury.

We later found out that he had been diagnosed with COVID-19 and was heavily impacted by the disease ahead of camp. That’s because he got the positive test ahead of the 2021 World Junior Championship in Edmonton and later sustained severe complications from the virus. He was forced to see many medical specialists, especially cardiologists to deal with the effects of the virus.

He recorded zero points in four games for Team Austria.

While he is expected now to make a full recovery, we bet that was a scary time for the young prospect. We hope that the symptoms will be gone forever after meeting with these specialists.

This was a tough blow for the Wild, especially down the middle. The situation is worse than ideal with all due respect to Nick Bjugstad. He is the top centerman for the Wild and no one expected him to take on that big a load when he was acquired from the Pittsburgh Penguins.

There is no doubt that when Rossi is ready to make a return and his NHL debut, there will be a spot available for him on the Wild’s roster. We don’t know where he will slot in in the lineup, however, he is expected to provide a boot and some stability to the Wild’s center situation.

Many expect him to do as well as rookie teammate Kirill Kaprizov for his first season in the NHL. It will just be a lot shorter it seems…

Eric Staal throws some shade at the Buffalo Sabres.
Subscibe to
Our NEWSLETTER
Receive the best articles of the web directly in your email