NHL News : Wild confirm Matthew Boldy will be out for weeks. 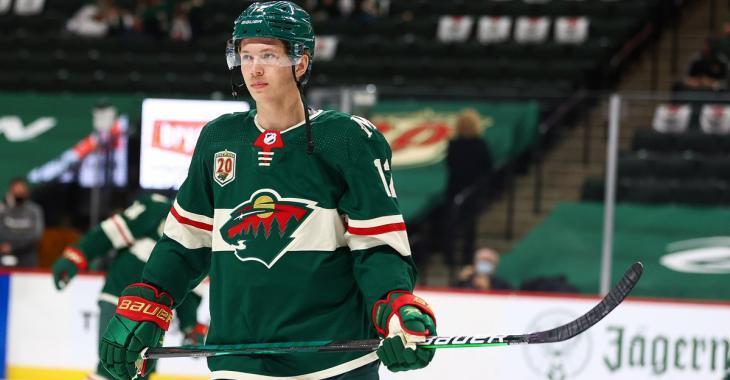 The Minnesota Wild will have to start the upcoming National Hockey League season without one of their top prospects available to them.

On Saturday the Wild confirmed that former first round draft pick Matthew Boldy would miss the next four to six weeks of action following an injury he suffered during a preseason game earlier this week. The Wild claimed a victory during Thursday's preseason contest against the Chicago Blackhawks, but it was during the third period of that game that the young forward suffered the injury.

Boldy went down awkwardly in the corner and struggled to get back to the bench following that impact. We now know, thanks to an official update from the Minnesota Wild, that Boldy suffered a fractured ankle during that fall.

It's a tough blow for the Wild who had Boldy competiting for a roster spot this season. The 20 year old winger was selected 12th overall at the 2019 NHL Entry Draft but has yet to appear in an NHL game for the Wild since that time. Boldy spent two seasons playing at Boston College before having a strong 14 game showcase in the American Hockey League last season. In that stretch of play Boldy had 6 goals and 12 assist for a total of 18 points, well over a point per game.

There has understandably been a great deal of hype surrounding Boldy's eventual arrival to the Wild's main roster, but those who were excited to see his NHL debut will now have to wait a little while longer.

That being said there are some who are heralding today's announcement as good news, including Minnesota Wild insider Mike Russo. According to Russo it sounds like the original prognosis for Boldy was even worse than the one we have now, meaning Boldy could have been out even longer. It would appear as though seeking out a second opinion has saved Boldy and the Wild from an even longer absence due to injury.

Even if Boldy does make a full recovery there is no question that this will have a significant impact on his preparation for his NHL debut. Hopefully the young man can fully bounce back from this poorly timed injury.