The Great One set to break another record. 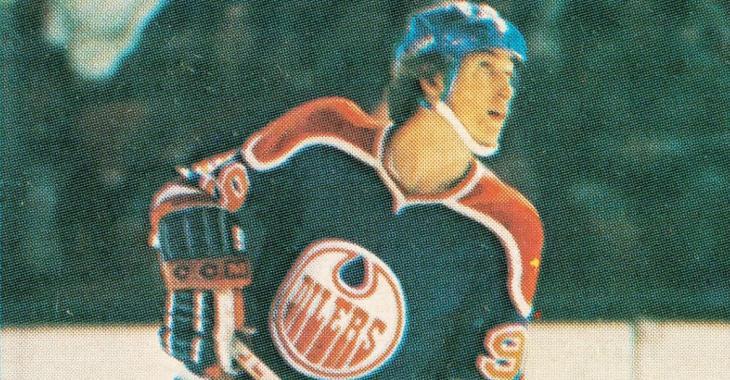 No player holds more records in the sport of hockey than Canada's own Wayne Gretzky and, in spite of the fact that he retired from the sport two decades ago, he continues to set new records to this day.

A report from the Toronto Star's Kevin McGrann has just revealed that a Wayne Gretzky rookie card, a mint card printed in 1979 in the classic O-Pee-Chee collection, is set to break the all time record for a hockey card at auction. Up until now, no hockey card has ever exceeded the $1 million (USD) sale price at auction, but that is exactly what the man selling the card expects we will see this time around.

"We're really excited to have the king of hockey cards,” said Heritage’s Dallas-based director of sports, Chris Ivy, as per the Star. "The timing is phenomenal as far as the people that are interested in this type of thing and the current market. And Gretzky is the greatest of all time for his sport."

Now you might be scratching your head wondering why Ivy would consider the timing to be "phenomenal" given that we are in the midst of a pandemic, but collectibles are one of few areas of business that have actually thrived during this crisis. It would seem that with everyone stuck at home due to concerns over the virus, or due to government imposed lockdowns, people are turning to hobies like collectibles to pass the time.

Only two 1979 O-Pee-Chee cards have ever received a grade of "10" that signifies a card is in pristine mint condition, and the Gretzky rookie card set to be auctioned is one of the two. The other was actually also a 1979 Wayne Gretzky card from the very same set, although that one sold for less than half ($465,000 USD) of what Ivy believes his card will fetch at auction in 2020. The previous auction took place in 2016 and is currently holds the record for the most expensive hockey card ever sold.

Interestingly enough the man who sold that card, Ken Goldin of Goldin Auctions, actually predicted that the sale would create a boom in the hockey card industry that would see card values increase.

"This will usher in a new wave of exponential growth in value and collectability of all hockey cards," said Goldin in 2016.

The current bid is sitting at $662,500 so the record will be broke, it would seem then that Goldin was correct.