Really? Do you agree with the Great One? 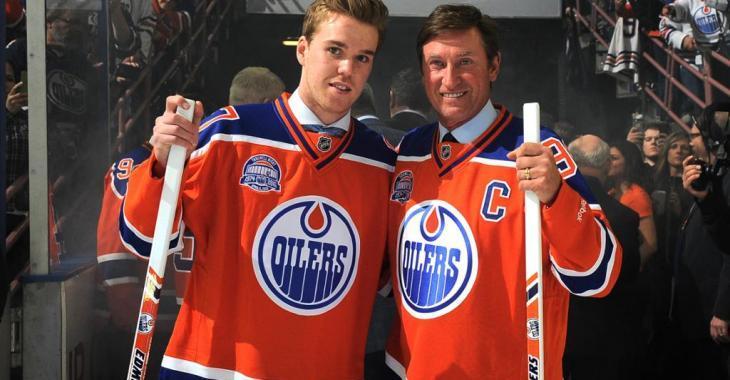 Nothing can stop Connor McDavid. That’s probably with the Great One Wayne Gretzky is not afraid to potentially jinx him with his latest prediction.

Ahead of last night’s 6-1 Edmonton Oilers’ win over the Winnipeg Jets, in which McDavid recorded a hat trick, Gretzky made a bold prediction on the Oilers’ captain, but one that makes a lot of sense because, after all, he is Connor McDavid.

“It wouldn’t surprise me if he gets more than 100 points,” Gretzky said this week, per Sportsnet. “Just to show people he’s capable of doing it.”

There are 10 games left for the Oilers, and McDavid has a total of 81 points at the moment.

And now, as Gretzky points out, the whole world will be watching. Too much pressure for McDavid?

“It’s more stressful than people think, because you know the whole world is watching,” said Gretzky, one of the very few who can speak from experience. “But the other side of it is, that’s what motivates you.

“It pushes you. When you’re in the limelight, and you’re always being watched, you want to show people what you can do,” Gretzky said. “He’s taken the city on, the team on, and quite frankly a big part of the league on his shoulders. Obviously Connor is watched every single shift, every period, every game.”

In 46 games McDavid already has more points than anyone had in the 48-game shortened season of 1994-95.

So, maybe he will do it! Do you agree with the Great One?

McDavid snaps and looks to commit suspendable play!
Subscibe to
Our NEWSLETTER
Receive the best articles of the web directly in your email