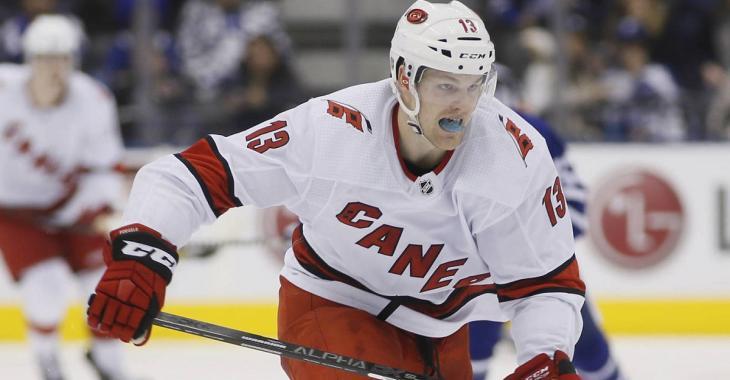 It would appear as though Edmonton Oilers general manager Ken Holland has gotten his man.

According to National Hockey League insider Elliotte Friedman, the Oilers have signed forward Warren Foegele to a new 3 year contract. The move comes off the heels of a trade to acquire Foegele that was made with the Carolina Hurricanes, one that sent Oilers defenseman Ethan Bear to the Hurricanes in exchange for the forward.

Friedman is also reporting on the financial terms of this new agreement and, according to his sources, this deal will carry a cap hit of $2.75 million per season for the Oilers. This will mark a slight increase in pay for Foegele when compared to his time as a member of the Carolina Hurricanes. On his previous deal Foegele was earning $2.15 minion per season but that was just a one year contract, this new deal would provide him both more long term security as well as a raise.

It is not the biggest contract in the world but it is nonetheless a significant price tag for what is at the end of the day a depth forward in your lineup.