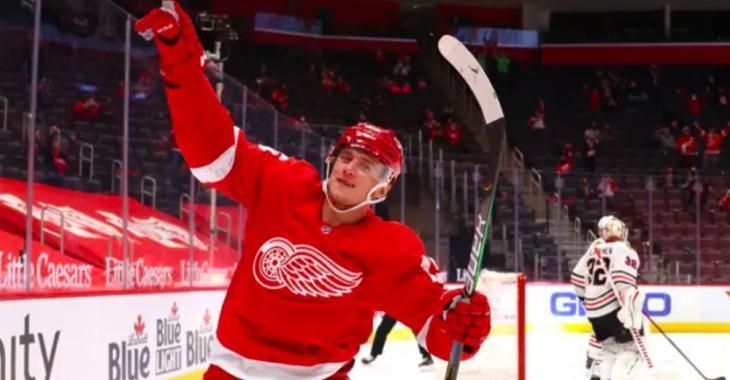 According to a report from Sportsnet NHL insider Elliotte Friedman, the Detroit Red Wings have re-signed restricted free agent forward Jakub Vrana to a three year contract worth $5.25 million per season.

The 25 year old Czech native was acquired by the team in a blockbuster trade with the Washington Capitals that saw Anthony Mantha headed to D.C. In 11 games with the Red Wings Vrana put up eight goals and 11 points... not bad at all.

Vrana's new deal will take him to 28 years old and should enable him to cash in as a free agent, either in Detroit or elsewhere. There's no denying the fact that he has fit in well with the Red Wings' young core and it'll be interesting to see him come to prominence along with players like Dylan Larkin, Filip Zadina and Filip Hronek.