NHL News : Vrana dazzles with a hat trick in just his 4th game with the Red Wings 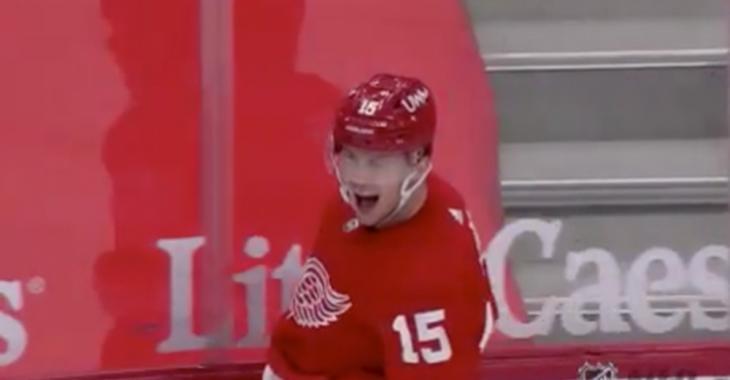 It sure hasn't taken Jakub Vrana very long to fit in with his new squad.

Vrana, the 25 year old Czech native, was acquired by the Detroit Red Wings along with Richard Panik, a 1st round pick and a 2nd round pick from the Washington Capitals in exchange for Anthony Mantha. And while Mantha has had a strong start with the Caps, Vrana's three goal performance tonight takes the cake.

Check out Vrana pot a hat trick in just his fourth game as a Red Wing:

Call me crazy... but if guys like Vrana, Filip Zadina, Tyler Bertuzzi and Filip Hronek take a step next season the Red Wings may just pick themselves up off the mat and compete again. Now... I'm not talking about competing for a Stanley Cup or even qualifying for the play offs for that matter, but I definitely could see this team turning a corner next season.

Erik Karlsson believes he is still an elite NHL defenseman.
Subscibe to
Our NEWSLETTER
Receive the best articles of the web directly in your email