Blues are likely to make him a healthy scratch tonight with talks getting louder on a pending move. 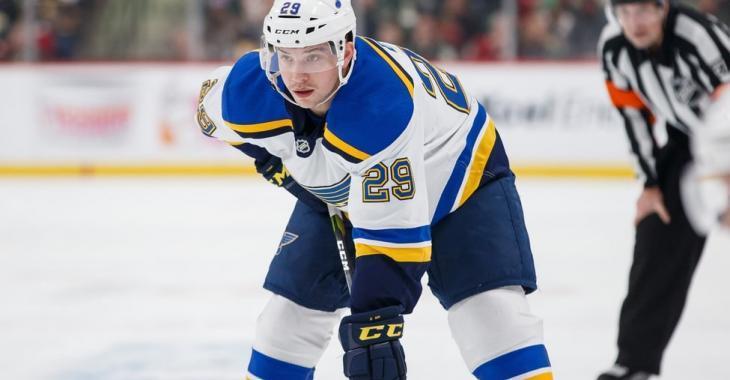 This may sounds familiar. While defenseman Vince Dunn agreed to a contract with the St. Louis Blues less than a month ago, it sounds like he might not play there for much longer.

On December 31st, Dunn signed a one-year contract extension with the Blues, however, the situation has remained rocky to the point where it is believed the 24-year-old won’t be dressed for tonight’s game against the Vegas Golden Knights.

TSN’s Frank Seravalli reports that Dunn will be a healthy scratch tonight, which could mean a trade might be happening backstage. Seravalli explained that it’s not inevitable but it certainly seems possible that Dunn is on the way of of St. Louis, especially after head coach Craig Berube’s comments, saying “Dunn can’t get walked one-on-one.”

Seravalli adds that the Blues have reportedly engaged conversations with teams about him.

Dunn is a decent player, however, he is known to make a lot of mistakes and turnovers on the ice, and he’s not effective enough on the offensive end to make up for his issues on the back end.

According to Sportsnet's Elliotte Friedman, who was on the air of SN650, the Blues would be seeking a first round pick in return for Dunn.

Flashback: Mark Messier's handwritten list of demands for the Vancouver Canucks
Subscibe to
Our NEWSLETTER
Receive the best articles of the web directly in your email