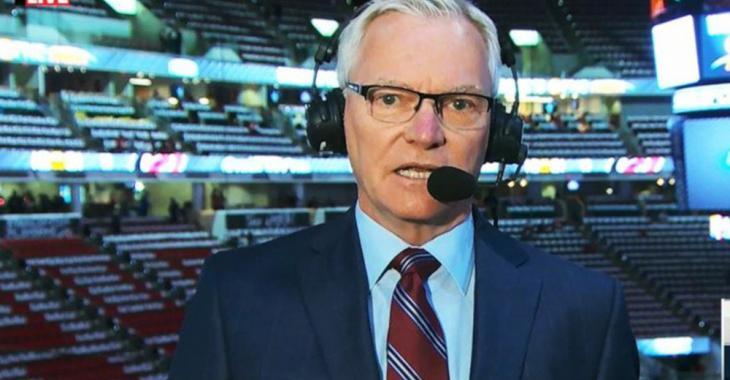 Long-time NHL play-by-play man Jim Hughson has officially decided to call it a career after 42 years in the broadcast booth that have seen him call countless games including a dozen Stanley Cup finals, two World Series and two Olympic Games.

"It's been a fantastic run and I'd like to thank Sportsnet, Hockey Night in Canada and all my friends and colleagues over the years for the tremendous support and countless memories," Hughson said in a release. "This is a decision I made in consultation with my family and I'm very much at peace with it.

"My only goal in this industry was to work at the highest level and on the last day of the season. I've had that opportunity a number of times and will always be grateful for it."

Let's throw it back to November of 1999 when Hughson called a piece of Red Wings history, as captain Steve Yzerman scored the 600th goal of his Hall of Fame career against the Edmonton Oilers at Joe Louis Arena:

New job for former Blackhawks player Patrick Sharp!
Subscibe to
Our NEWSLETTER
Receive the best articles of the web directly in your email