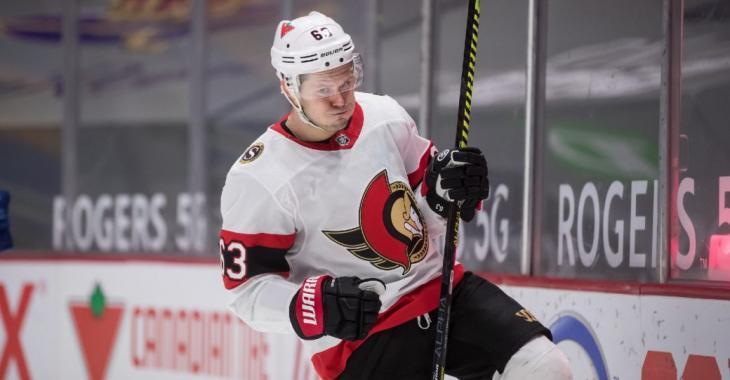 No, we are now talking about a huge trade like the one the Vegas Golden Knights pulled on Tuesday, sending beloved goalie Marc-Andre Fleury for basically nothing in return, but the team pulled another trade on Wednesday, minutes before the opening of free agency.

The Golden Knights acquired Evgeni Dadonov from the Ottawa Senators in return for Nick Holden and a draft pick.

In 55 games with the Sens last season, Dadonov tallied 13 goals and seven assists. Prior to joining Ottawa, Dadonov had spent the entirety of his six years in the NHL with the Florida Panthers.

As for Holden, he is a veteran of 513 NHL games over 10 seasons. The 34-year-old blue liner appeared in 17 games for Vegas last season averaging 15:51 of ice time a night.

The 10 biggest names exposed in the 2021 NHL Expansion Draft.

Fleury breaks his silence after his Game 3 gaffe.
Subscibe to
Our NEWSLETTER
Receive the best articles of the web directly in your email