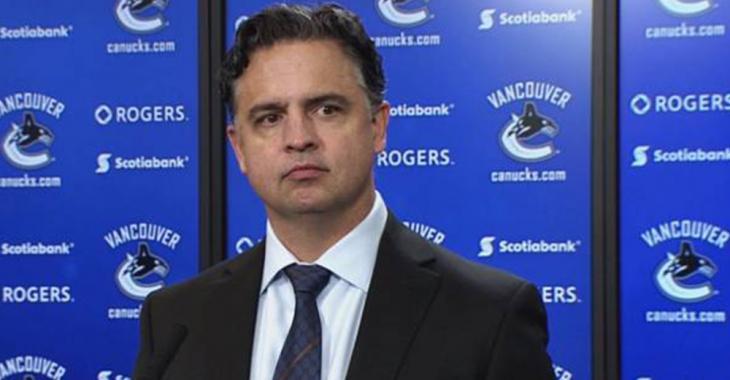 Travis Green took over as the head coach of the Vancouver Canucks in 2017 following the tenures of John Tortorella and Willie Desjardins. Will he be continuing in his current role beyond this year?

Despite having been officially eliminated from playoff contention for the 2020-21 NHL Season on Monday night, Green reiterated that Vancouver is where he wants to be. It certainly was a challenging campaign that saw the team negatively affected by the COVID-19 pandemic, including being knocked out of game action from March 24 to April 18 due to safety protocols.

According to Green, Benning is apparently on board with keeping him around.

"I wanted to coach this team through the rebuild and get to a spot where I thought we were getting some good young pieces and had a bright future. And I want to still continue. I still have the same feeling and Jim has said the same thing, that he wants me to coach the team, and we’ll see where it goes.”

During his tenure as the bench boss in Vancouver, Green has amassed a record of 122-129-31. Their only playoff appearance under Green came last year during the NHL's shortened 2019-20 season, defeating the Minnesota Wild in the 2020 Qualifying Round and advancing to take out the defending Cup champion St. Louis Blues in six games before eventually falling to the Vegas Golden Knights in Round 2 in a hard-fought seven game series.

“I think every year you coach you have an opportunity to improve as a coach and I know over the years in Vancouver I’ve improved every year and have become a better coach every season and this year is no different,” he said.

“When I look back at this season and finally it ends, I know I’ll be able to look back and say ‘You know, I’m a much better coach today than I was coming into this season.’”

Penguins roster decimated after just 9 games.
Subscibe to
Our NEWSLETTER
Receive the best articles of the web directly in your email