NHL News : Upset Marner says fans and reporters are lying about his stats in the postseason

The Leafs’ player doesn’t know what to say anymore… 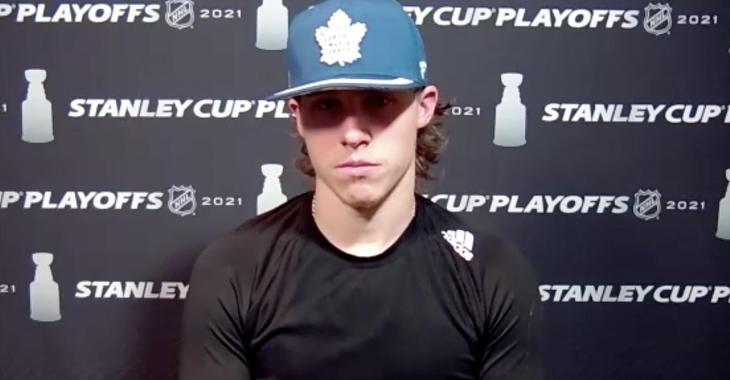 The Toronto Maple Leafs’ Game 7 collapse and elimination has been hard on everyone, especially Mitch Marner.

The forward was emotional after the loss to the Montreal Canadiens on Monday night - yes, another Game 7 choke that meant the Leafs weren’t moving on in the postseason. Marner did not score a single goal in the series, collecting four assists in seven games, and fans were quick to point out his $11 million price tag, stating that he should be moved this summer for not being a clutch postseason player.

There are even speculation that Marner should be moved this summer...

However, Marner does not agree with the stats being given about his playoff performance and his inability to score goals when it matters most. Marner is reportedly upset about reports he hasn’t scored a goal in 18 consecutive playoff games. He is saying the reports are untrue - citing that the CBJ series was technically “play in” games.

Toronto has now lost seven straight post-season series, and dropped eight consecutive contests where it could have eliminated an opponent. That includes seven since 2018 with the core of Auston Matthews, Marner and William Nylander.

The Maple Leafs players are meeting with media members shortly on Wednesday morning : we all wonder what Marner will have to say.