NHL News : Update: Fleury blindsided by trade, may not report to Blackhawks

This guy is a legend and he has to learn about the trade on Twitter?! C'mon... 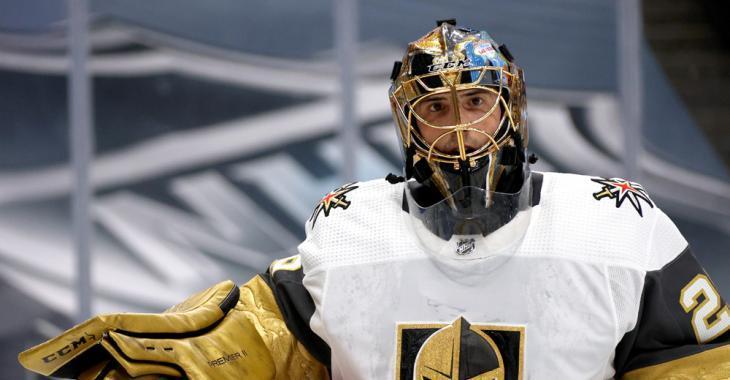 EDITOR'S NOTE: This is an update to an earlier reported story on Marc Andre Fleury's trade from the Vegas Golden Knights to the Chicago Blackhawks. For more details and context, read further below.

UPDATE: Fleury's agent Allan Walsh reports that Fleury himself has STILL not heard about the trade from anyone in the Golden Knights' organization and is seriously considering retirement rather than reporting to Chicago.

All of this is to say that this trade could amount to nothing.

To read our earlier published report, scroll down.

According to multiple reports from TSN insider Darren Dreger, the Chicago Blackhawks have acquired Marc Andre Fleury from the Vegas Golden Knights in exchange for... NOTHING.

Sure, Fleury comes at a steep financial cost, but the Blackhawks are acquiring one of the NHL's best goaltenders for no up front cost. All they have to do is pay the man his $7 million salary for this season and then he'll hit unrestricted free agency. This is literally as a low a risk move as you can make as an organization and, frankly, this might be the best move that Blackhawks GM Stan Bowman has made in years.

As for the Blackhawks, they get themselves a 36 year old goaltender coming off the best statistical season of his illustrious career. Fleury put up a remarkable 1.98 goals against average and .928 save percentage in 36 games for the Golden Knights last season. He's a three time Stanley Champion (2009, 2016, 2017) a five time NHL All-Star and one of the best goaltenders of his generation. However, it's worth noting that the Golden Knights deployed a pretty stellar defensive corps in front of Fleury and Lehner last season. If the Blackhawks are looking to tap into a little bit of Fleury's "Flower Power", they'll need to step up their defensive game.