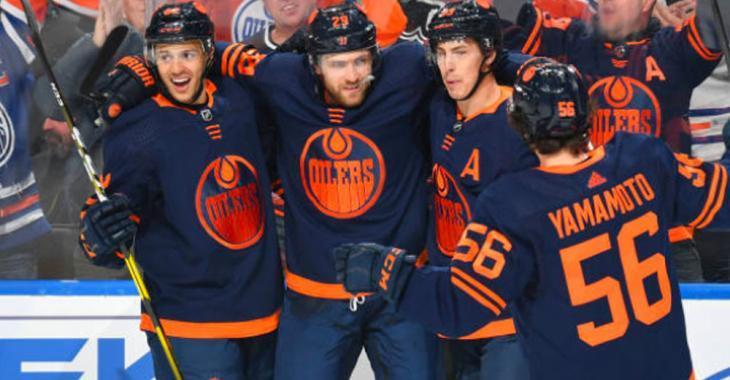 According to Edmonton Oilers general manager Ken Holland, at least one of the team's players has refused to be vaccinated against COVID-19 and will therefore miss a large chunk of the season due to travel restrictions.

The unnamed player will be eligible to play games in Canada, both home games in Edmonton and away games in the NHL's six other Canadian markets, but will be ineligible to cross the border into the United States due to the cross-border vaccine mandate.

I feel that it's worth mentioning that defenseman Duncan Keith initially chose to refuse vaccination, but then reversed his decision and ultimately decided to get both of his shots. He'll join the team at training camp next week.

As for this unnamed player... well I guess we'll find out who it is once the Oilers play their first preseason game out of the country. Currently the team is scheduled to play the expansion Seattle Kraken in Everett, WA on October 1st. The Oilers' first cross-border regular season game however isn't until much later in the month on October 1st against the Arizona Coyotes in Glendale, AZ. If you see an Oilers player inexplicably scratched for that game, I think you can do the math on things.

Whomever this player is he'll join Detroit Red Wings forward Tyler Bertuzzi as the other known player to refuse vaccination. Red Wings GM Steve Yzerman confirmed today that Bertuzzi (A Canadian citizen) will not be permitted to travel into Canada for games this season and, as a result, he'll not be available for 9 of the team's regular season games. Even more interesting though, NHL journalist Stephen Whyno reports that Bertuzzi will surrender at least $450,000 in salary as a result of his decision to go unvaccinated.

Red Wings play 8 games in Canada. NHL salaries are determined by days not games, but Tyler Bertuzzi will forfeit over $400,000 this season if he continues to decline vaccination. And that's before any other time missed for COVID-19.

Actually... I miscounted the games. Tyler Bertuzzi will forfeit at LEAST over $450,000 in salary from Detroit Red Wings' nine games in Canada this season if he continues to decline vaccination.

Regardless of your thoughts on COVID-19 and vaccine mandates, $450,000 is a LOT of money. I can't imagine walking away from a payday like that, but to each their own. I respect everyone's right to make their own medical decisions.

Oilers & Leafs both make adjustments ahead of battle for first place.

Pospisil in agony after taking one of the most awful looking hits of the year.
Subscibe to
Our NEWSLETTER
Receive the best articles of the web directly in your email