If these two teams make the move, they’ll be tough to beat… 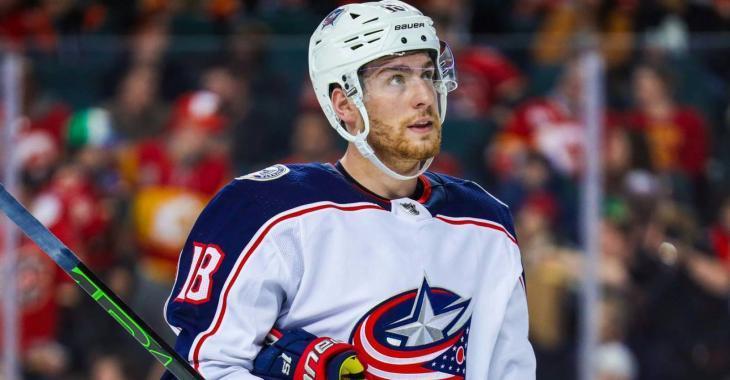 Days before the 2021 season started, the rumour mill started spinning around Blue Jackets forward Pierre-Luc Dubois, who wants out of Columbus, hoping to play for a bigger market and contending team. Last week, former Sportsnet NHL insider Nick Kypreos dropped a bomb, reporting that the disgruntled forward’s preferred destination via trade is his childhood team the Montreal Canadiens. He added that the Blue Jackets and Canadiens have indeed had discussions involving Dubois but that the Blue Jackets are insistent on receiving youngsters Nick Suzuki and Alexander Romanov in any deal involving Dubois.

Then, there were talks that the Habs had made an offer for Dubois, offering forward Jesperi Kotkaniemi, defenseman Victor Mete as well as another element, potentially a draft pick, to Columbus.

So far, Dubois remains with the Jackets, but another insider believes more teams are coming forward with interest. Elliotte Friedman revealed in both the 31 Thoughts podcast and column on Sportsnet that both the Tampa Bay Lightning and Colorado Avalanche have sniffed around Dubois. Here is how Friedman wrote it down in his column:

“I do think there are some very, very good teams in the weeds on Dubois, waiting to see how the Blue Jackets handle this. I’d be very curious to know what Colorado and Tampa Bay think.”

On top of these two teams and the Canadiens, Friedman also believes that the usual suspects are interested, pointing to the Calgary Flames, New York Rangers and Carolina Hurricanes as it is very rare to see a young centre of Dubois’ calibre available.

Now we are wondering how interested GM Jarmo Keklainen is, if this offer is really on his table. Kekalainen has proven in the past that he’s willing to wait players out if the right deal doesn’t come along. In 2019, star players Artemi Panarin and Sergei Bobrovsky both left Columbus in free agency after previously indicating they wouldn’t re-sign with the club.

Dubois put up 18 goals and 49 points in 70 games for Columbus last season and an additional 10 points in 10 playoff games. Suffice it to say that if Dubois is really hitting the trade market, we’re not surprised there’s no shortage of interested suitors.

However a Stanley Cup contender like the Bolts and the Avalanche could peak Dubois’s interest and get GM Keklainen to take more seriously about a trade.

Penguins and Leafs make a last minute trade before the roster freeze.