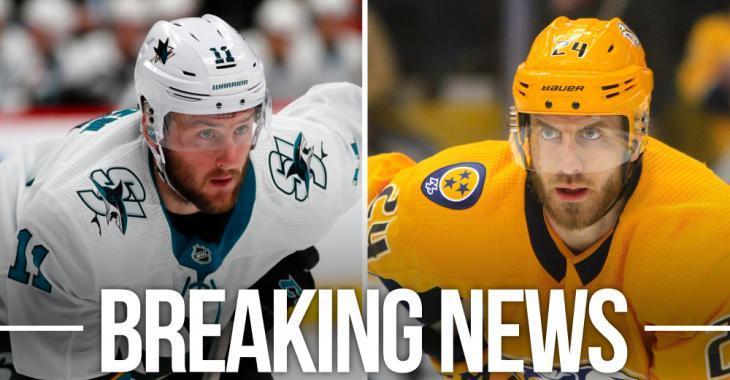 This just in, two former 1st round picks are up for grabs on the waiver wire today.

The 28 year old Noesen was selected 21st overall by the Ottawa Senators back in 2011 and has played 204 career NHL games split between the Anaheim Ducks, New Jersey Devils, Pittsburgh Penguins and the Sharks. He's gone pointless in five games with the Sharks this season.

As for Tinordi, the son of longtime NHL tough guy Mark Tinordi, he was selected 22nd overall by the Montreal Canadiens in 2010 and has played just 88 career NHL games split between the Habs, Arizona Coyotes and Predators. He's also gone pointless in seven games with the Preds this season.

Matthews and Andersen set to return to Leafs' lineup tonight