And it does not include the NHL… 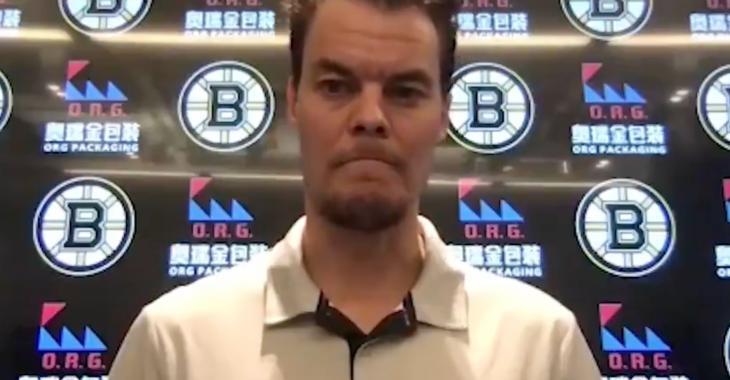 Bruins goalie Tuukka Rask is a pending unrestricted free agent this summer, and a lot of things are getting in his way to re-sign in Boston. The veteran announced Friday he will undergo surgery after playing through a torn labrum in his hip during the postseason.

Rask maintains that he wants to return to the Bruins next season, though the surgery is expected to sideline him into January or February.

“I’m not going to play for anybody else but the Bruins,” Rask said. “This is our home. We have three kids with friends in school. I don’t see any reason to go anywhere else at this point in my career.”

While he might said that he wants to play just for the Bruins, the goalie did mention a plan if ever his wish does not come true. He hinted at the possibility of leaving the NHL to return home to Finland.

“Maybe I go home and play in Finland? I’m part owner in a team there. Who knows?”

There is no doubt that Rask still has some good to offer an NHL team, but you have to wonder if the Bruins will dare to wait after him until mid-season in 2021-22.

In the postseason, he had 6-4 record in the postseason with a .919 save percentage and a 2.36 goals-against average. He allowed four goals on 27 shots as the Bruins were eliminated with a 6-2 loss in Game 6 of their second-round series Wednesday night by the Isles.

Bruins fans don’t seem keen on having him back and we wonder if Rask could indeed end up in Finland.

The Oilers have acquired Dmitry Kulikov.

Connor McDavid gets scarier on the ice, even for his own teammates!
Subscibe to
Our NEWSLETTER
Receive the best articles of the web directly in your email