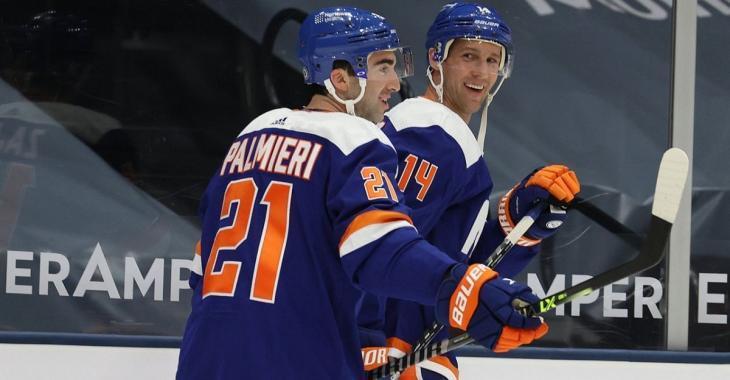 If you're an organization in the National Hockey League you never want to open up the paper and learn that one of your former players has disparaged you publicly, but that feeling has to be amplified several times over when it's a player that effectively gave their entire career to your organization.

The New York Islanders are currently engaged in a hotly contested second round Stanley Cup Playoffs series against the Boston Bruins and they've been bolstered significantly by the moves made by general manager Lou Lamoriello over the past few seasons. Lamoriello not only brought in Barry Trotz fresh off a Stanley Cup win with the Washington Capitals, who also happens to be one of the most well respected coaches in the entire league, but he has also gradually added veteran leadership to the Islanders roster following the departure of their former captain John Tavares.

This time around Lamoriello added two veteran players from an organization that he was very familiar with when he acquired both Kyle Palmieri and Travis Zajac from the New Jersey Devils. There were some who questioned the moves at the time given that neither player was having a particularly good season, but now you would be hard pressed to find anyone who would argue with the results the two former Devils have produced since arriving in Long Island.

It's been quite the turn around for both players and on Monday it was Zajac himself who provided a hint as to why that may have been the case, and he did so by being quite critical of his former team. Zajac, who spent a whopping 15 seasons as a member of the Devils, indicated that the team had made him and other veteran players feel unwelcomed on the team.

"I came from a team where if you weren't under 25, you didn't fit in," admitted the veteran centerman on Monday.

That's quite the statement coming from one of your former first round picks, one that was drafted all the way back in 2004 and one that was loyal to the organization ever since. It could also speak to why other veteran players have struggled at times while playing for the Devils organization, players like veteran defenseman P.K. Subban who at times has not appeared to be himself when playing in New Jersey.

No doubt the fact that he is now on a winning team has influenced his perception of things to a degree, but given his long history with the Devils I am willing to take him at his word.