It’s that time of year where trade chatter gets intense fast! 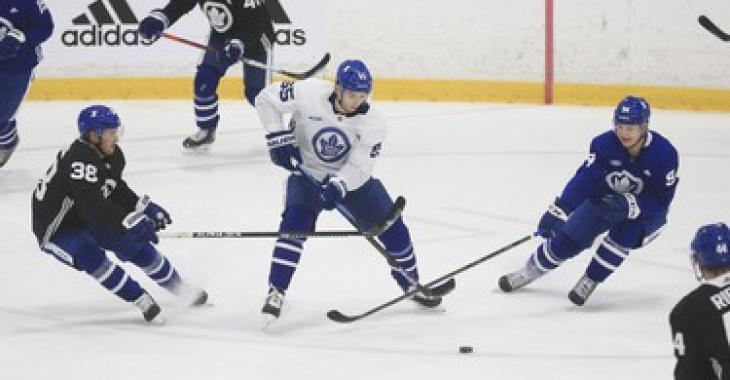 With “backup goalie” Jack Campbell improving his record to 4-0 on the season on Saturday, Mark Zwolinski of the Toronto Star suggested that the Maple Leafs consider trading pending unrestricted free agent Frederik Andersen before the trade deadline. Zwolinski put it this way: the Leafs should use the next three weeks to determine who is their starter and if the answer is not Andersen, Toronto should trade him rather than see their backup carry a $5 million cap hit.

And then on Wednesday, Sportsnet’s Chris Johnston pointed out that three goaltenders were doing work before Leafs’ practice: Jack Campbell, Michael Hutchinson and Ian Scott.

As you might have guessed, it did not take long for fans and pundits to wonder if a goalie trade was in the works.

While Zwolinski would like to see Andersen on the trade block for a change in between the pipes, Lance Hornby of The Toronto Sun would prefer to see him stay in Toronto and does not expect the Leafs to move him. He pointed out that Maple Leafs general manager Kyle Dubas is already focusing on adding at the the trade deadline, adding that the team shouldn’t rely on Michael Hutchinson in a backup role.

The Maple Leafs have not yet named their starter for Thursday’s game against the Ottawa Senators.

Andersen might join practice later on or could be taking a day off for maintenance, but for now, trade chatter is getting loud in Toronto.

It is to be expected with the trade deadline fast approaching.

Artemi Panarin returns to the Rangers!
Subscibe to
Our NEWSLETTER
Receive the best articles of the web directly in your email